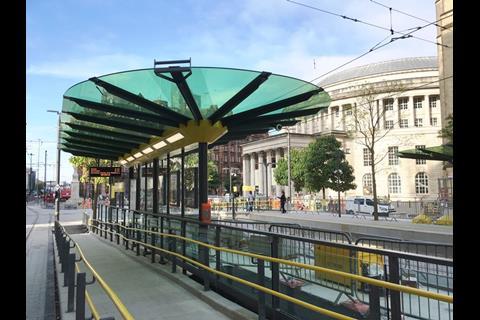 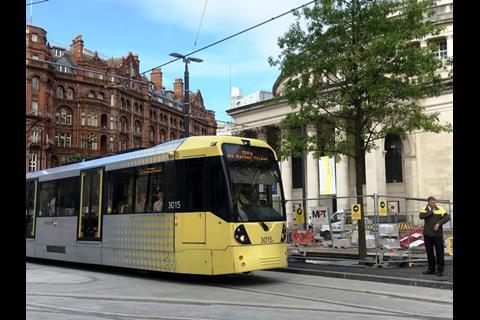 UK: St Peter’s Square tram stop in Manchester reopened on August 28 following a 14-month project to expand it. Services have now resumed along Mosley Street, following the closure of the route on June 26 to enable the final stages of the stop’s rebuilding.

As part of the city council’s redevelopment of the St Peter’s Square area, the stop is now in a more central location for the square itself, and has two new island platforms and two twin tracks. The stop also has four trees, in what operator Metrolink says is a first for its network.

The work was carried out by contractor M-Pact Thales. Finishing works are continuing around the stop to connect the route with the Second City Crossing which is due to open next year.

Also on August 28, a full service was restored to Eccles following extensive track renewals on sections of this route.