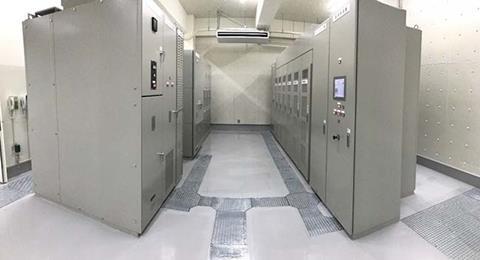 The contract awarded by Dhaka Mass Rapid Transit Line 6 railway systems contractor Larsen & Toubro covers one 500 kW unit and seven 2 MW units for delivery from the second half of 2020.

TISS has previously supplied TESS for Japanese commuter, metro, monorail and light rail lines, and said it aims to promote the technology globally.

Dhaka’s first metro line will run on a 19·9 km north–south elevated alignment from Uttara North to Motijheel, with 16 stations. The 220bn taka cost of the project is being 75% financed by a loan from Japan International Co-operation Agency.

A joint venture of Marubeni and Larsen & Toubro was awarded the railway systems contract, and Kawasaki Heavy Industries and Mitsubishi are to supply a fleet of 24 six-car 1·5 kV DC trainsets with the first expected to arrive later this year.