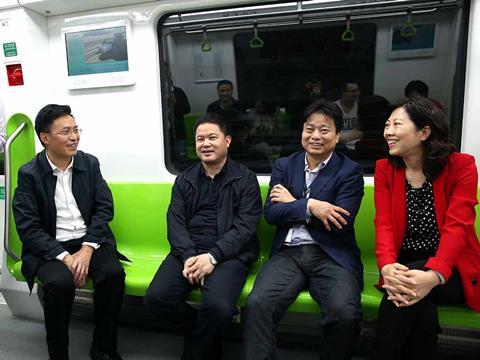 The extension brigs the total length of Line 1 to 33·1 km. The initial section opened in December 2017, and a 2 km northwestern extension is also planned. The 8 min headways are to be shortened to 2 min in the future.

Long-term plans envisage a nine-line network in Guiyang with a total length of 467 km, serving 258 stations.