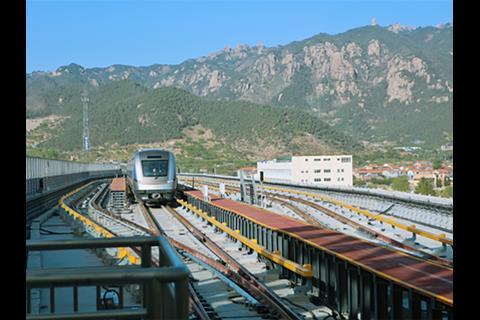 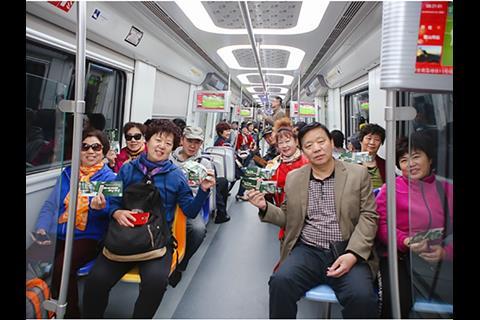 CHINA: A 57·8 km suburban metro line in the coastal city of Qingdao was inaugurated on April 23, augmenting the existing two-line metro network.

Starting from an interchange with Line 2 at Miaolinglu, close to Laoshan Bay, the new Line 11 runs northeast from the city through the Laoshan district to Jimo, serving 22 stations. The first 3·8 km through the city centre runs in tunnel, serving four underground stations, while the rest of the line is elevated. A 1·7 km extension with one station is envisaged at the city end, with another four-station extension planned at the Jimo end.

Line 11 is operated with a fleet of 40 four-car Type B trainsets supplied by local manufacturer CRRC Qingdao Sifang, of which the first was delivered in January 2017. Able to operate at speeds of up to 120 km/h, the trains are 80·6 m long with capacity for 828 passengers.

Qingdao’s first metro line opened in December 2015, with the second route following in December 2017. The opening of Line 11 takes the total length of the network to 102 km. A further five lines are under construction, with the first section of Line 13 scheduled to open towards the end of 2018.