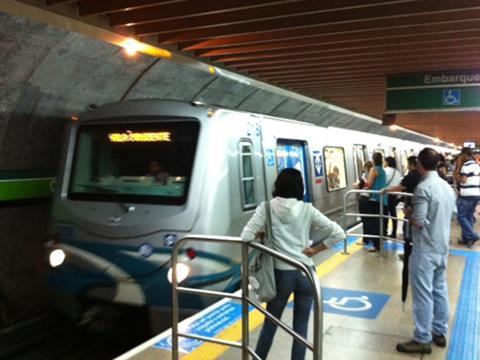 Companhia do Metropolitano de São Paulo restarted the tender for the concession in April after the original tender had to be cancelled because of changes to the property acquisition process. The R$8·9bn PPP concession contract is due to be signed by the end of the year. The 25-year concession period, to begin in 2014, includes six years for construction and 19 years for operation. Line 6 is expected to carry 634 000 passengers per day once it opens.

Move São Paulo has proposed a concession payment of R$607m per year. The consortium is expected to invest R$4·45bn in construction costs, with the remainder coming from national development bank BNDES. The state of São Paulo is to spend a further R$700m on property acquisition.

The first phase of Line 6, also known as the Orange Line, would run for 15·9 km between Brasilândia and San Joaquin, with 15 stations. The standard-gauge line will be equipped with CBTC, allowing for automatic train operation. A fleet of 23 air-conditioned six-car trainsets will be procured, of which up to 20 will be needed in operation at peak times.