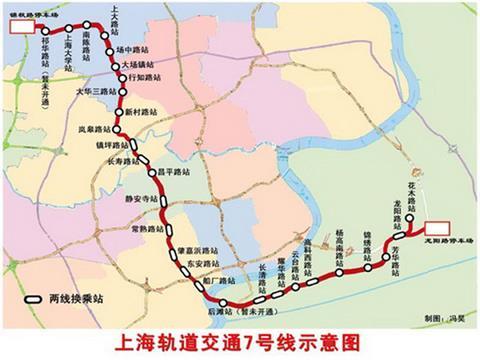 CHINA: Passenger services on the first section of Shanghai Metro Line 7 were launched at 09.00 on December 5. The line is also known as the Expo Line, as five stations will serve the 2010 World Expo north and south sites and the Expo Centre at Huamu Road.

Line 7 will eventually be extended to Meilanhu in the northwest of Shanghai. Seven stations offer transfers to existing lines, and in the future there will be interchanges with lines 9, 12 and 13.