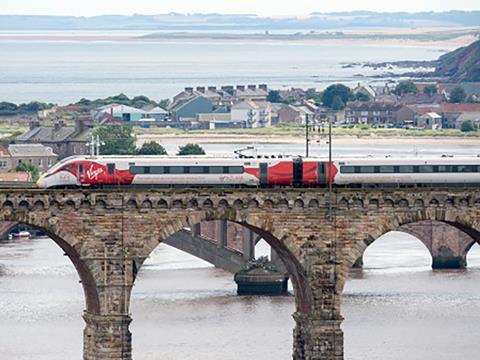 UK: On November 29 Secretary of State for Transport Chris Grayling published the government’s ‘strategic vision’ for rail, containing what it says are ‘sweeping proposals’ to bring infrastructure and train operations closer together. In what is described as ‘an evolution’ of the franchising system, single management teams are to be created with aim of making the railway ‘more reliable for passengers’ and ensuring that it ‘works as one to deliver for its customers’.

Citing the ‘massive growth’ in traffic and investment in the rail network over the last few years, Grayling said ‘we now need to build on that success by building a new model for the 2020s and beyond, one more able to deal with the huge rise in passenger numbers and the challenges of the an increasingly congested network.’

‘Rail passengers deserve a more reliable, more efficient service’, he added, ‘and I will deliver it by ending the one size fits all approach of franchising and bringing together the best of the public and private sector.’

The first stages of these reforms are being delivered through current franchising competitions. On November 29 the Department for Transport issued to shortlisted bidders the invitation to tender for the replacement South Eastern franchise. This will be headed by a new Alliance Director, leading a joint team of Network Rail and train operating company staff, responsible for delivery and performance. The ITT for the replacement East Midlands franchise, due to be published in 2018, will build on this approach, expecting bidders and Network Rail ‘to work collaboratively to meet the challenges of operating a franchise on multi-user infrastructure’.

The first of a ‘new generation of long-term regional partnerships’ is to be introduced in 2020 on the East Coast Main Line, combining the current InterCity East Coast franchise with responsibility for infrastructure. ‘The East Coast Partnership will be operated by a single management, under a single brand and overseen by a single leader’, said DfT. The train operator will collaborate with Network Rail ‘to bring its expertise and a passenger view to the planning of infrastructure management and to developing future plans for route infrastructure.’

‘Moving to this model will require changes in the way both the train operator and Network Rail are organised and work together in order to better align their incentives’, said DfT. ‘The route supervisory board will provide a forum for passengers operators on the route to have a voice’, and DfT will be working with the Office of Rail & Road, Network Rail and ‘all operators’ to ensure that ‘none are disadvantaged by the new model’.

Noting that these changes ‘will take time to refine and deliver’, DfT said that it was in discussions with the joint venture of Stagecoach and Virgin that operates the current ICEC franchise ‘to ensure the needs of passengers and taxpayers are being met in the short term’. Welcoming the ‘clear statement of intent’ to seek to negotiate new terms for the franchise, Stagecoach Group Chief Executive Martin Griffiths said ‘we are hopeful of reaching an agreement through to 2020 within the next few months’.

DfT has also launched consultation on the replacement Great Western franchise, and has announced its intention to exercise a one-year extension option and then negotiate a two-year direct award with incumbent FirstGroup that would extend the current franchise to April 1 2020. Subject to the outcome of consultation, this extension would also provide the opportunity ‘to prepare the franchise to be split’ when it is retendered.

The current Thameslink, South & Great Northern franchise is due to end in 2021, and the government says that its intention is to split TSGN ‘into two or more new franchises’. Prior to the start of tendering in 2019, DfT intends ‘to review the future size and shape of the franchises that will replace the existing arrangements’, and will explore options for transferring ‘selected services such as the West London Line’ to Transport for London.

For more background, download our feature article on the future of UK franchising from the May 2017 issue of Railway Gazette International.

For detailed analysis of the UK rail sector, subscribe to Rail Business Intelligence.