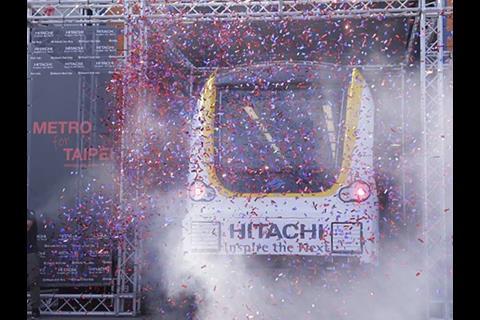 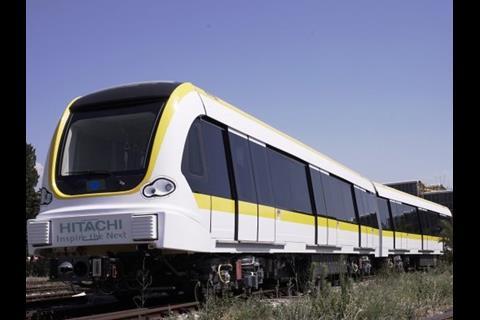 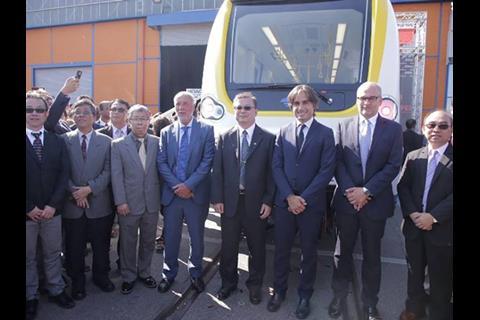 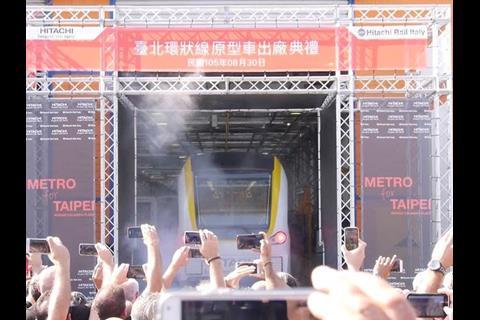 TAIWAN: Hitachi Rail Italy unveiled a prototype train for the Circular Line of the Taipei metro at its Reggio Calabria plant on August 30. All 17 four-car sets are due to be completed by late 2018.

The driverless trainsets with aluminium alloy bodyshells are 68 m long and 2 650 mm wide. They will have a maximum speed of 80 km/h and capacity for 98 seated and 555 standing passengers.

Taipei’s Department of Rapid Transit Systems awarded a €334m turnkey contract for the first phase of the Circular Line in 2009 to a consortium of Ansaldo STS and AnsaldoBreda (now HRI). Ansaldo STS’s €220m share of the contract covers the supply of E&M equipment, including CBTC signalling; HRI is supplying rolling stock worth €114m.

The initial 15·5 km section of the route will serve Dapinglin in the south of the city to connect with the new airport express line to Taiwan Taoyuan International Airport Line at Wugu Industrial Park in the west. There will be 13 elevated stations, one underground station and a depot. Two further phases would extend the Circular Line to 52 km with 48 stations and three depots.