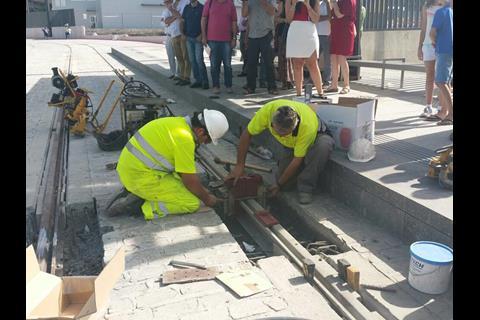 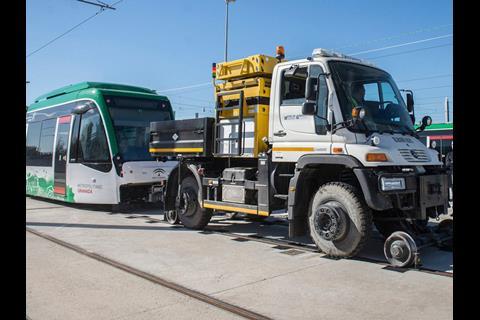 SPAIN: The completion of tracklaying on the light rail route under construction in Granada was marked on July 8 when the last rail was ceremonially welded into place at the Andaluces stop which will serve the city’s railway station.

According to Felipe López, Minister for Development & Housing in the Andalucía regional government, completion of tracklaying will enable civil works to be completed during July. This would be followed by the installation of railway systems in August, enabling dynamic testing to start in September.

With 83% of the alignment on the surface, Granada’s 16 km light rail route will run between Albolote and Armilla, serving a total of 26 stops. The total budget for the project is €558m, co-financed by the European Regional Development Fund.