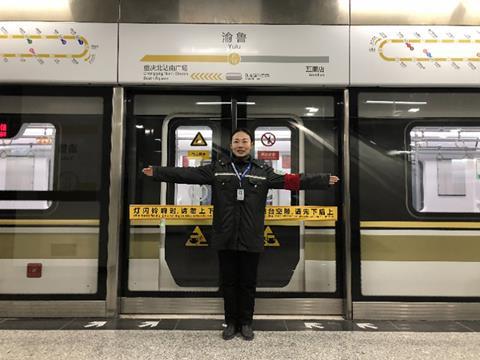 The northern part of the Loop Line is 33·7 km and connects Chongqing Library with Haixialu via Chongqingbei Railway Station. There are 24 stations, of which seven are due to open in 2019.

The Loop Line crosses the River Yangtze on the 1·7 km Chaotianmen Bridge, which opened to road traffic in 2009. The metro tracks are on the bridge’s lower deck and feature the first use of synthetic sleepers on a Chinese metro.

Services are operated with six-car trainsets with a maximum speed of 100 km/h. All stations have provision for seven-car sets. When complete, the Loop Line will be 50·1 km long.

The other line to open is the 15·4 km Line 4, which serves eight stations between Chongqingbei Railway Station and Tangjiatuo. This line also uses six-car trainsets.

A 2·5 km extension of Chongqing metro Line 5 had opened on December 24.