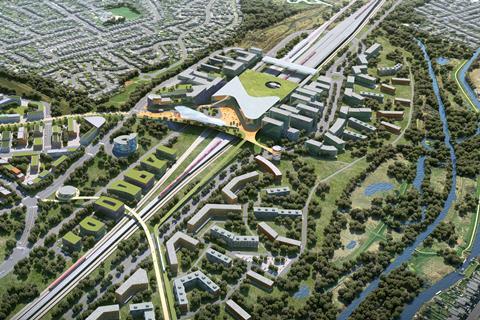 UK: A £2·7bn vision to provide fast and frequent rail, tram, bus and road connections to the future HS2 East Midlands Hub station at Toton has been published by a partnership of councils, transport bodies and East Midlands Airport. 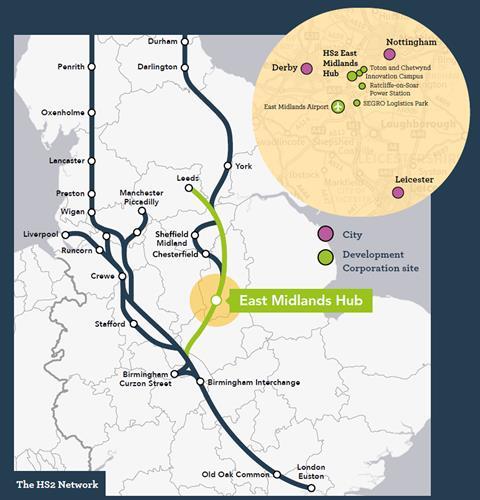 More than 20 villages, towns and cities across the East Midlands would have direct access to the HS2 station, including Leicester, Nottingham, Derby, Newark, Matlock, Mansfield and Long Eaton.

The business case for the proposals was funded by local partners and submitted to the Department for Transport in earlier this year. The findings will submitted as evidence to the National Infrastructure Commission’s Rail Needs Assessment, which will inform the government’s High Speed North Integrated Rail Plan to maximise the benefits of HS2 Phase 2b.

The vision is split into three phases, with the first earmarked for completion by 2030 in order to stimulate development before HS2 trains reach the East Midlands.

Phase Two could be up and running within 20 years, and Phase Three within 25 years.

The partnership is seeking an initial £4·5m from government to allow the first phase to be brought forward to the next stage of development, including the production of detailed project designs and costings.

’The improvements span traditional rail, light railway, bus, rapid transit, conventional bus and route enhancements, and are all designed to deliver benefits to local people sooner’, said Sir John Peace, Chairman of Midlands Connect and Midlands Engine, during a virtual event to launch the plan on May 28. 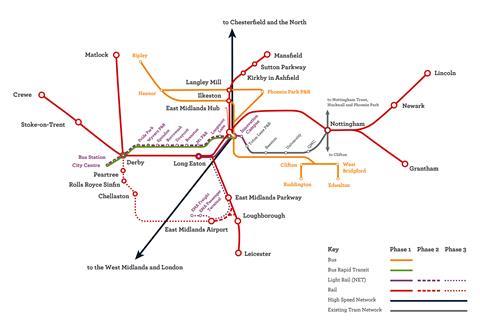 ‘It’s not all about passengers’, added Peace. ‘The UK’s five busiest freight paths run through the Midlands and this plan creates more capacity on our rail network. A successful future economy relies on moving more freight by rail. Frankly the East Midlands needs and deserves a reliable, regular and environmentally friendly transport network. Investing in infrastructure such as this is essential if we’re to meet our climate targets and reduce carbon emissions.’

Director of Policy & Infrastructure for East Midlands Councils and senior policy advisor to Midlands Connect Andrew Pritchard said the three phase approach has a business case of ‘four to one, which means that actually, for every pound invested, that we get four pounds back in terms of economic benefits, and those are just the narrow transport user benefits. We haven’t looked at wider economic benefits like land value, uplift, or issues to do with job growth.’ 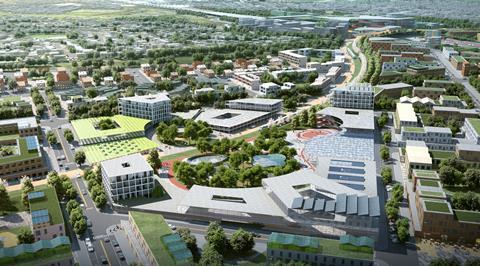 Asked by Rail Business UK about the possibility public transport usage changing significantly after Covid-19, with more home working and different work patterns, director of sub-national transport body Midlands Connect Maria Machancoses said the plan was ‘embracing a much wider and that broader agenda’ and ‘people ultimately will still want to make informed decisions about how they want to connect with each other and with other towns and cities, how they want to access leisure and jobs, but they will want to do it in a sustainable way.’

Climate change ‘will still be a top priority’, Machancoses said, and ‘we are after all humans and we do like to still socialise and meet and do business with each other.’

Pritchard added that ‘many people can’t work from home and there are lots of things we can only do when we are working more closely together. We also hope and expect the economy will continue to grow after the pandemic; we will have more jobs and more people in work and therefore we need to have a transport system with more capacity and this is what this plan gives us.’