3D printed components to be tested on passenger trains 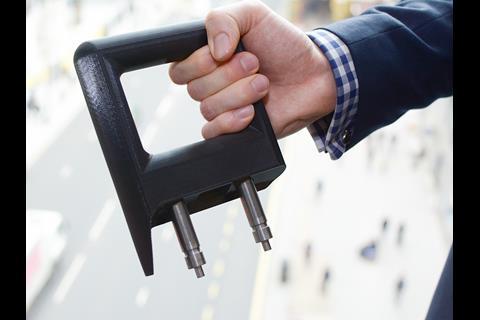 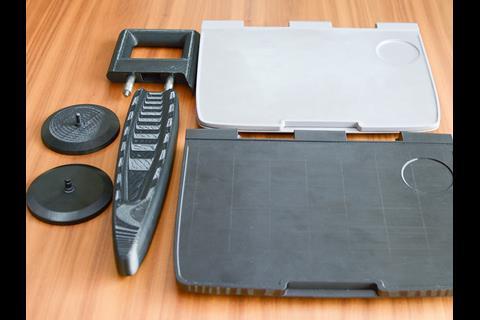 The components include an arm rest, a grab handle and seat-back table, which have been approved for use and are to be trialled in service this year.

The aim is to produce replacements for obsolete parts, reducing whole-life rolling stock costs and enabling vehicles to remain in service for longer. Operators would be able to produce low-run parts as required, without needing the mass production of large quantities.

The parts were printed using Stratasys’ fused deposition modelling technology, and structurally assessed by ESG Rail. Standard thermoplastics which have traditionally been used for 3D printing can have poor mechanical properties and fire performance, making them unsuitable for rolling stock applications. However, new materials including the Stratasys Antero 800 NA PEKK-based thermoplastic are capable of complying with UK rail standards.