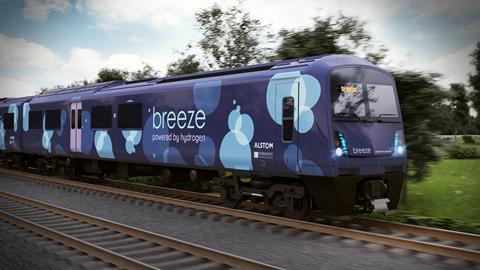 UK: Alstom and leasing company Eversholt Rail are to invest a further £1m to ‘fast track’ development of the Breeze hydrogen multiple-unit concept, and envisage that the first production trains could be in service in 2024.

Alstom said the resulting units would be designated Class 600, the first class in the 6xx number series which is to be used for vehicles using hydrogen and other alternative forms of traction.

The rebuilding work would be undertaken at Alstom’s Widnes site.