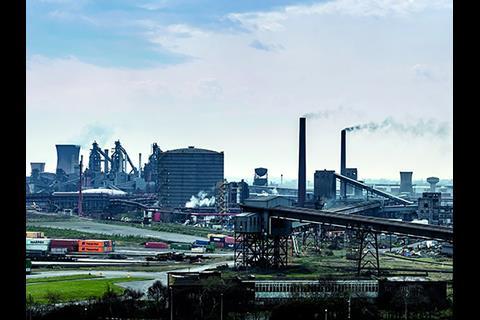 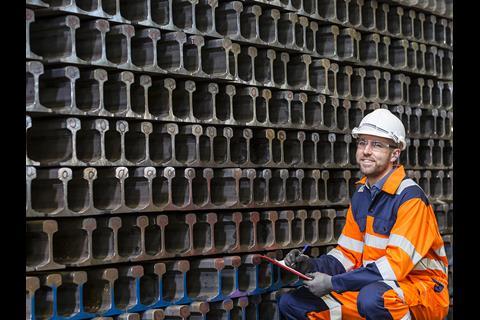 The company supplies 95% of the rails used by Network Rail.

British Steel in liquidation will continue to trade, with customers to be contacted by the Special Managers to keep them informed about the progress of the liquidation.

The steelmaker had been hit by a drop in orders widely attributed to the uncertainty surrounding Brexit and the weakness of the pound, and had sought £75m of government financial assistance.

Business Secretary Greg Clark said the government had ‘worked tirelessly’ with British Steel, its owner Greybull Capital and lenders to explore ‘all potential options’, and had provided a £120m bridging facility to enable it to meet emissions trading compliance costs. He said it was legal requirement that any financial support to a steel company be provided on a commercial basis, and he had been advised that it would be unlawful to provide a guarantee or loan ‘on the terms of any proposals that the company or any other party has made.’ He would now ‘pursue remorselessly every possible step to secure the future of the valuable operations in sites at Scunthorpe, Skinningrove and on Teesside.’

The Official Receiver said the immediate priority was to continue safe operations, and emphasised that ‘staff have been paid and will continue to be employed’.

British Steel has around 5 000 employees, with its main manufacturing site being the integrated steelworks at Scunthorpe. Other sites include the Teesside construction steel mill and Skinningrove special profiles plant. ‘These plants produce world class steel which is not only used on railways across Britain but is exported to Europe’, commented Manuel Cortes, General Secretary of the TSSA union.

British Steel was formed when the former Tata Steel Long Products Europe business was bought by investor Greybull Capital for a nominal £1 in June 2016. A Greybull spokesperson said the turnaround ‘was always going to be a challenge, and yet the business overcame many difficulties, and until recently looked set for renewed prosperity’. Greybull said the workforce, unions and management had worked closely together, but ‘the additional blows dealt by Brexit-related issues have proven insurmountable.’

General Secretary of the GMB union Tim Roache said the insolvency was ‘devastating news’, and ‘ministers must be prepared to make use of all the options – including nationalisation – in order to save British Steel and the wider steel industry.’ He said the union was seeking ‘urgent reassurances on what the future holds for the thousands of British steel workers and their families.’