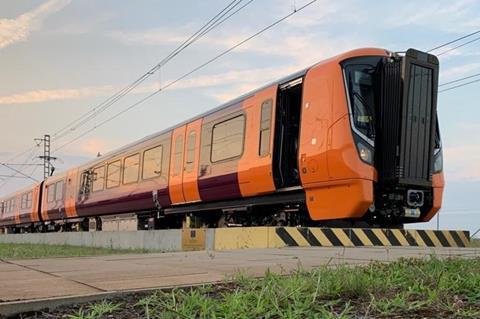 UK: One of the Bombardier Transportation Class 730 Aventra electric multiple-units which West Midlands Trains has ordered for its Cross-City Line services through Birmingham has been unveiled at the manufacturer’s Derby factory. 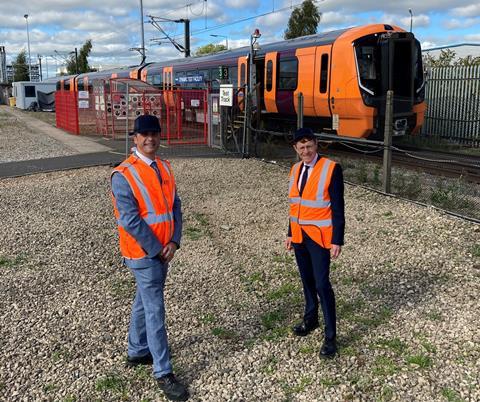 ‘Designed and built in Derby they really are made in the Midlands for the Midlands’, said Matt Byrne, President UK & Ireland at Bombardier Transportation.

Inspecting the 25 kV 50 Hz  EMU on September 8, Mayor of the West Midlands Andy Street said the ‘state-of-the-art trains will make a real difference to commuters on the Cross-City Line, not only with their modern new features but by adding extra capacity onto a line that has been a victim of its own success.’ 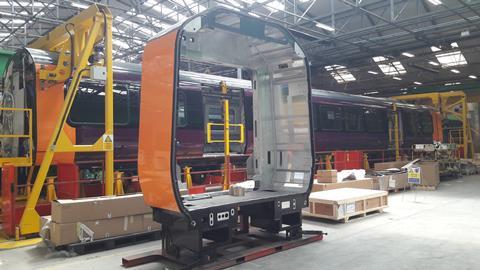 Street said ‘public transport has been one of the real success stories of the West Midlands in recent years, with every mode — train, bus, and tram — seeing an increase in patronage. Clearly coronavirus has stalled that progress but we must not get knocked off course.’ 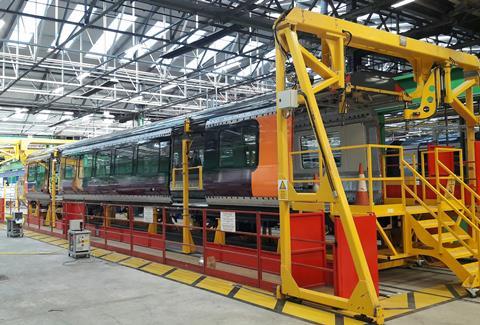 The order covers 36 three-car high-capacity ‘metro’ units with a maximum speed of 145 km/h for use on Cross-City inner suburban services. The first of these has been sent to the Velim test track in the Czech Republic for testing, and the fleet is expected to start entering service next year. 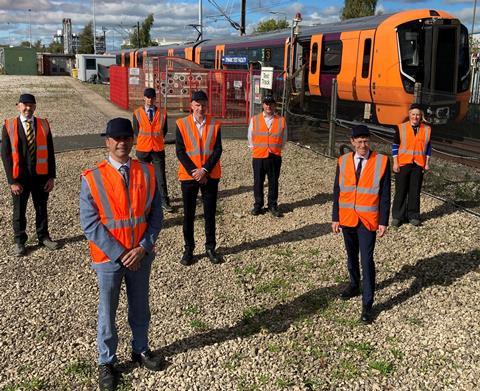 WMT also ordered 29 five-car units with a maximum speed of 175 km/h for outer suburban services from London and Birmingham, and 16 five-car 175 km/h units for use on longer distance services on the London – Birmingham route.

‘These superb new electric trains will enhance the travelling experience for our customers and I am delighted to see for myself that progress has been continuing apace despite the challenge of coronavirus’, said Julian Edwards, Managing Director of WMT’s West Midlands Railway business, when he visited Derby.

WMT has also ordered 12 two-car and 14 four-car CAF Class 196 diesel multiple-units for use on services from Birmingham to Hereford and Shrewsbury. The first of these is currently on test in the region.

Financing of the orders for a total of 413 vehicles worth £680m was led by Infracapital and Deutsche Asset Management.