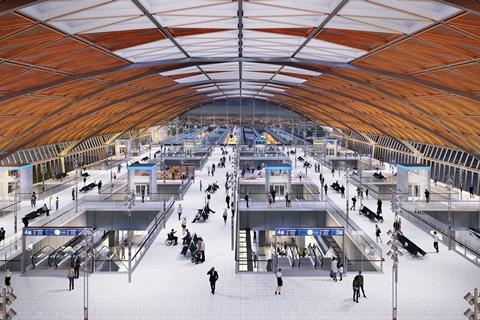 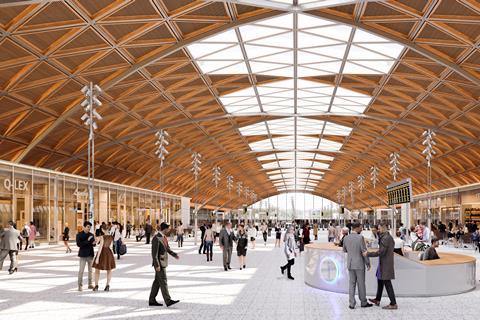 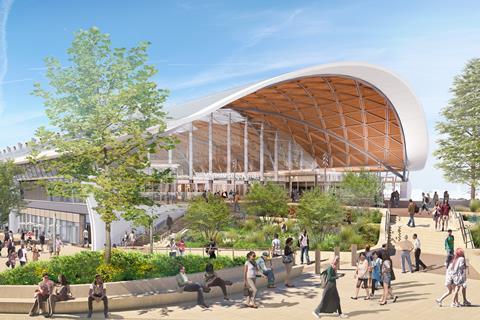 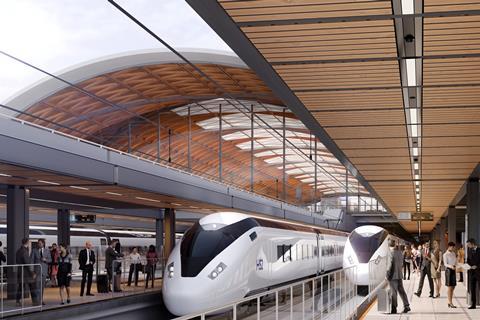 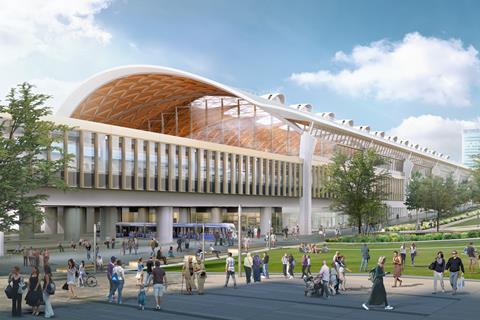 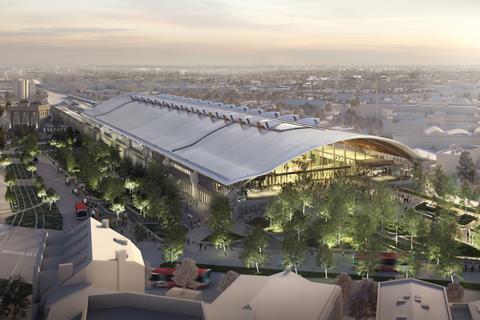 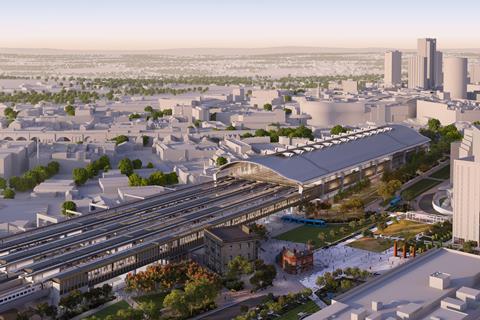 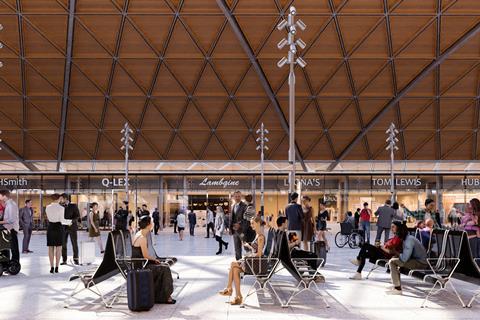 UK: Birmingham City Council granted planning permission for the Curzon Street High Speed 2 station on April 23. Invitations to tender for the construction contract are to be issued this summer.

The council’s report said the design developed by project promoter HS2 Ltd with WSP and Grimshaw Architects was ‘truly world class’, and the ‘elegant and (deceptively) simple form of the main station building clearly reads as a railway station and harks back to traditional station architecture, delivering this in a confident and contemporary way.’

HS2 Ltd said the ‘landmark’ station would be ‘one of the most environmentally-friendly railway stations in the world’, with net zero carbon operation, rainwater capture and more than 2 800 m2 of solar panels on the platform canopies. The setting would include parkland lawns, rain gardens to capture water, wildflower grassland, insect and bird boxes, ‘forest-scale’ tree planting and an area of broadleaf woodland.

The existing Grade I listed Old Curzon Street building will be linked to the new station’s eastern concourse at New Canal Street, and the design takes into consideration existing local heritage including the Grade II listed Moor Street station and Woodman pub.

Midland Metro tram services will run alongside and underneath the station, with accessible pedestrian routes leading to local bus services and parking spaces for more than 550 bicycles.