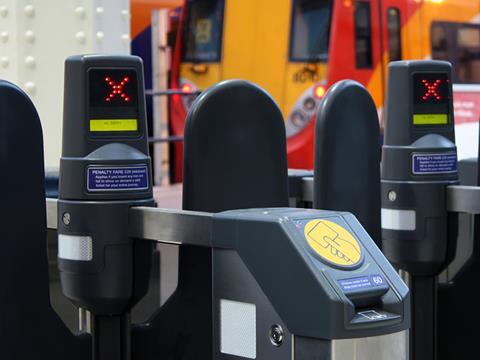 UK: The Department for Transport has begun public consultation on the possible roll out of ‘pay-as-you-go’ smart ticketing in the region surrounding Greater London. It is envisaged that this would be more convenient for passengers, and reduce differences in fares paid by people by people with different working and travel patterns.

The consultation is looking at the expansion of PAYG to medium-distance commuter routes in a radius of around 60 km, including Luton, Reading, Maidstone and East Grinstead.

Questions include stakeholders’ attitudes towards the changes in fare structures which would be needed to make this technically viable while being cost-neutral for taxpayers, which would involve fare increases as well as reductions.

The ticketing technology to be used is left open, but Transport for London’s current Oyster smart card would not be capable of supporting an increased range of stations.

The consultation is also seeking opinions on including destinations further from London such as Oxford, Milton Keynes, Cambridge and Brighton, although this increase in scope would have a more significant impact on fare structures; for example the difficulty of offering different fares for fast inter-city and slower stopping trains on the West Coast Main Line.

‘We want to make rail journeys simpler and easier for passengers’, said Rail Minister Andrew Jones. ‘Smart ticketing is the modern answer, offering simpler fares, fairer deals and less confusion for passengers. This consultation is about finding out what works for people, and we want to know how pay-as-you-go could make life easier for passengers who make hundreds of millions of journeys each year.’

The consultation runs for 12 weeks from February 7 to May 1.

DfT said feedback would not only inform any roll-out of the technology in the southeast region, but would also be used when considering how to implement PAYG more widely across other urban and commuter areas; the government has allocated £150m for a multi-modal PAYG programme which is now being undertaken by Transport for the North.