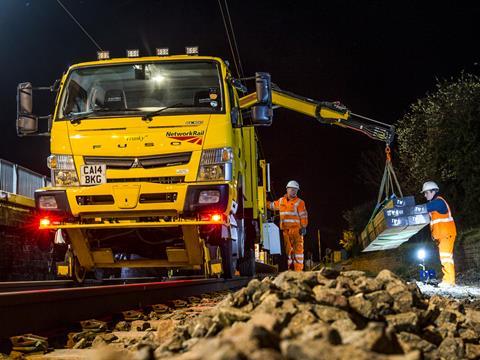 UK: On June 12 the Office of Rail & Road issued its draft determination setting out its initial opinions on Network Rail’s £34bn strategic business plan for Control Period 6, which the infrastructure manager had published in February.

The draft determination is a key stage in the Periodic Review 2018 process, through which ORR will set out what Network Rail is required to deliver in CP6, which runs for five years from April 1 2019. It builds on the High-Level Output Specifications in which the UK (for England & Wales) and Scottish governments outlined what they want from the rail network, and their Statements of Funds Available which set out the financial envelope.

NR’s plan for CP6 was developed on a different basis to previous plans. The changes reflect its reclassification as a public sector body, which has limited its access to commercial financing, along with a restructuring which has devolved responsibilities to geographically-based routes.

ORR said NR’s route-based plan for CP6 were better than the plan for CP5, but it had identified greater scope to boost reliability and safety. In particular, NR should amend its proposals to:

‘ORR’s initial assessment of Network Rail’s five year plans shows that the transition from a centrally run company to one structured round eight geographic routes has improved the quality of the plans, but we want to see £1bn more spent on renewing the railway to improve reliability and boost safety’, said ORR Chief Executive Joanna Whittington. ‘ORR will be monitoring and enforcing delivery by each of the routes, so that passengers and freight customers will be able to rely on the railway for the essential service it provides.’

NR Chief Executive Mark Carne said ORR had ‘accepted the majority of our plans, strongly supporting the changes we have been making’. NR would now ‘consider the detail carefully over the coming months, as there are still some areas of concern that we will need to work with ORR on before it publishes its final determination’.

Paul Plummer, Chief Executive of the Rail Delivery Group said the draft determination was ‘critical to ensuring that Network Rail, with its new devolved structure, can work more closely and effectively with train companies and the wider supply chain to deliver a more reliable, safe and efficient railway that customers, businesses, communities and the economy needs.’

ORR has also said variable access charge increases for freight and charter operators are to be capped at the full costs of wear-and-tear on the network. Freight services carrying biomass for the electricity supply industry would be subject to charges which recover some of NR’s fixed costs. New open access passenger operators would pay charges that recover some fixed network costs, although existing open-access operators will be protected from these charges over CP6.

The Rail Freight Group said it was pleased that ORR had listened to the concerns of freight customers and operators. ‘Although we need to understand the detailed impact on different markets, this should provide a stable framework for the next five years’, said Executive Director Maggie Simpson. ‘We are however disappointed that ORR has chosen to increase charges for biomass traffic.’