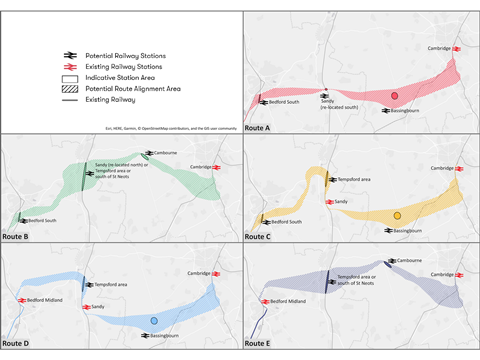 This means that project promoter East West Railway Co can apply to the Secretary of State for Transport for a Development Consent Order authorising the project, rather than to the various local councils on the route.

While the Oxford – Bedford section of the East West Rail corridor will use upgraded and reinstated existing lines, the section between Bedford and Cambridge will require a new alignment.

EWR Co has now completed consultation on five options for this section, and expects to publish a full report and reveal its preferred route later this year. It envisages that construction could be completed ‘before the end of the next decade’, the organisation said on September 10.