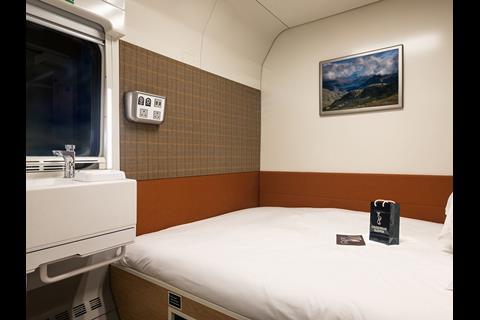 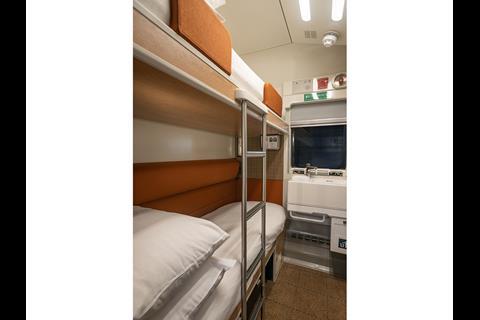 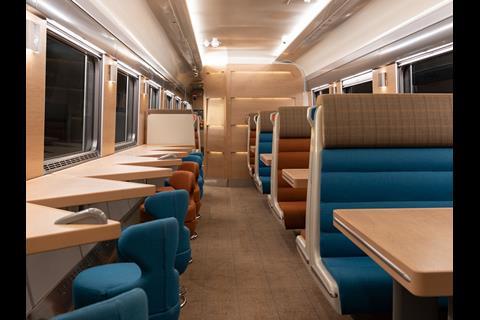 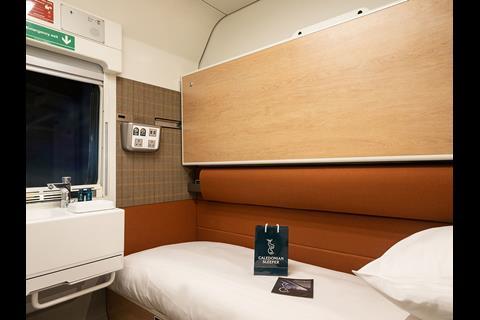 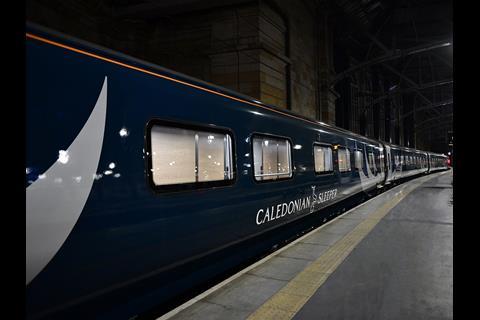 UK: London to Scotland overnight train operator Caledonian Sleeper has unveiled the interiors of its new coaches, which are being built by CAF in northern Spain.

Bookings can currently be made for travel on the new fleet from June 2, and the booking system will be updated once the introduction date is confirmed.

The new fleet was ordered by Serco in early 2015, after it won the contract to operate the Caledonian Sleeper service for 15 years from April 2015.

The order worth more than £100m was financed by the Caledonian Sleepers Rail Leasing Ltd subsidiary of Lombard North Central plc, with a £60m capital grant from the Scottish government. The styling of the coaches was overseen by interior designer Ian Smith, with the patterns reflecting a ‘contemporary Scotland’ theme.

‘The launch of the new Caledonian Sleeper is fast approaching and travelling on our service will be a truly magical experience that will transform travel between London and Scotland’, said Ryan Flaherty, Serco’s Managing Director for Caledonian Sleeper, on April 3.