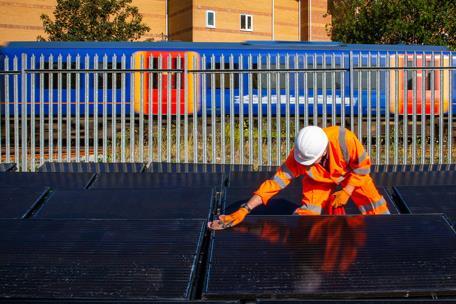 UK: Innovate UK and the Department for Transport have launched the 2020 First of a Kind competition, which will provide £9·4m to support the development of innovative technologies in the rail sector.

‘For two centuries the UK has been at the cutting-edge of rail technology’, said Transport Secretary Grant Shapps when applications opened on January 13. ‘FOAK 2020 is part of the research and innovation melting pot that will keep us there as we enter another decade. To build the railway of tomorrow we have to support the inventors and innovators of today.’

Briefing events will be held in London on January 21, Manchester on January 23 and Cardiff on January 29, and entries will be accepted until March 11.

The funding was welcomed by the Railway Industry Association. ‘There are a number of opportunities where the UK rail industry could develop world leading capabilities, such as in the areas of materials, data, automation and energy, which could not only improve our own rail system, but also could help the UK export even more’, said RIA Technical Director David Clarke. ‘I’d urge all companies, whether you have experience in the rail industry or not, to get involved in the First of a Kind competition and help develop innovations to improve our railways.’

Former winners include the Riding Sunbeams project to use solar energy, 4Silence’s plan to develop a noise-reducing wall which diffracts sound waves upwards to have the same effectiveness as a barrier three times the height, Amey VTOL’s development of a drone for aerial track inspections and the University of Birmingham’s Centre for Railway Research’s plan to test a hydrogen-fuelled train.