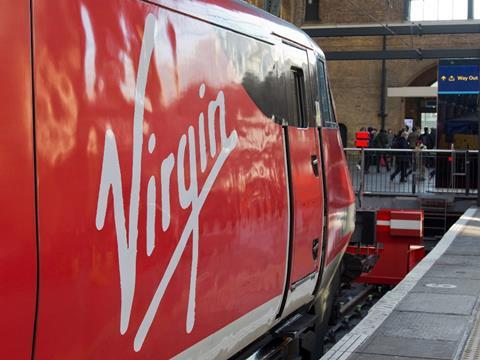 UK: The current InterCity East Coast franchise held by a joint venture of Stagecoach Group (90%) and Virgin Holdings (10%) will be terminated on June 24, Secretary of State for Transport Chris Grayling informed the House of Commons on May 16.

From that date, DOHL, a government-owned ‘operator of last resort’, would take over the franchise and begin preparations for the creation of an integrated East Coast Partnership business with a single team managing both operations and infrastructure. Grayling told MPs that the business would be ‘publicly run for a short period’, mirroring the period between 2009 and 2014 when Directly Operated Railways managed ICEC services under the East Coast brand.

Virgin and Stagecoach won the eight-year ICEC franchise in November 2014 and began operating trains the following March under the Virgin Trains East Coast brand. However, in June 2017 the companies admitted the business would be unable to match its premium payment commitments to government of £3·3bn over the life of the franchise. Virgin and Stagecoach then announced they were negotiating revised terms.

In February Grayling confirmed that the owning joint venture had ‘breached a key financial covenant’ and that as a result the franchise would end ‘within months’. Grayling suggested that Virgin and Stagecoach had lost around £200m supporting VTEC, while the franchise had returned approximately £1bn in premium payments to government.

From June 24, VTEC is to be replaced by the London North Eastern Railway brand, evoking the name of the company which ran the East Coast Main Line prior to nationalisation in 1948.

He expected the majority of the enhanced services planned by Virgin and Stagecoach for delivery by 2023 to be implemented by LNER, although this would largely depend on the ability of infrastructure manager Network Rail to deliver them. He reiterated that, as the proposed East Coast Partnership contractual structure evolved, the ECML infrastructure would remain in the hands of the public sector via NR.

Stagecoach Group Chief Executive Martin Griffiths said that while the company was ‘surprised and disappointed’ at the government’s decision not to allow it to continue running the ICEC franchise under a revised contractual arrangement, it ‘respected’ the decision. ‘We will work constructively with DfT and DOHL in the weeks ahead to ensure a professional transfer to the new arrangements, supporting our employees and maintaining the same clear focus on our customers as we have over the past three years’, he said.

‘Despite today's news, we believe that we can continue to make a positive contribution to the UK rail market, delivering long-term customer benefits and sustainable returns for taxpayers and investors’, he added. The government has said that it does not intend to strip Virgin and Stagecoach of the franchising passports which they hold, and thus they would be able to bid for future franchises.