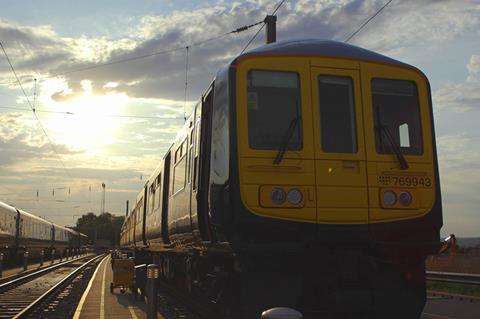 The first unit has now been delivered to the operator’s Reading depot for staff training and testing ahead of the fleet’s entry into service on the partly-electrified route between Reading and Gatwick Airport which is now expected by early 2021.

They will also be used on the non-electrified Henley and Marlow branches and the line between Reading and Basingstoke. This will release some of GWR’s existing Turbo diesel multiple-units for redeployment to add capacity in the Bristol area.