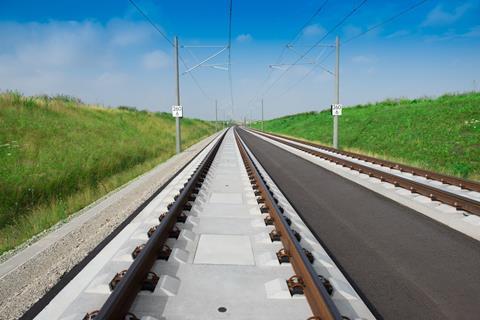 The £260m contract announced on October 5 covers all track for the London – West Midlands Phase 1 and West Midlands – Crewe Phase 2a, excluding track for tunnels and some specialist structures.

The Slab Track Austria construction system developed by Porr and Austrian Federal Railways is to be used. The segments will be manufactured at a new factory to be established at an Aggregate Industries site near Shepton Mallet, which is expected to support up to 500 jobs during the life of the contract. 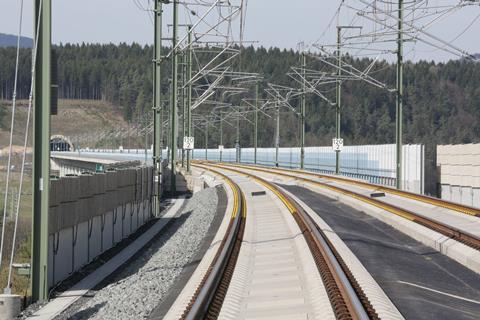 HS2 Ltd said the use of modular slabs would reduce maintenance costs and improve performance compared to ballasted track. More than 780 km of Porr’s slab track has been installed worldwide, with the first section at Langenlebern in Austria having been in use since 1989. It has been widely deployed in Germany, including on the north-south and east-west routes at Berlin Hauptbahnhof, and on the Berlin – Erfurt – Nürnberg high speed line.

A separate Track Systems contractor, to be appointed in 2022, will have overall responsibility for managing and co-ordinating track design and installation works, including the interface with signalling and overhead power supply.