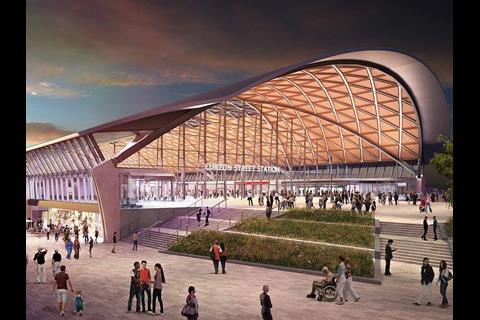 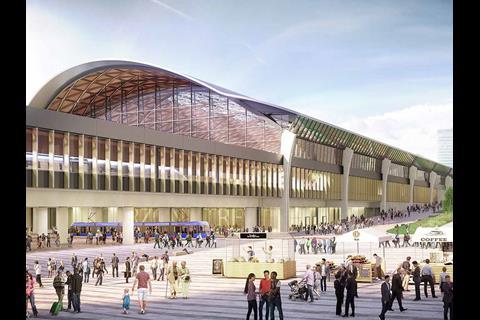 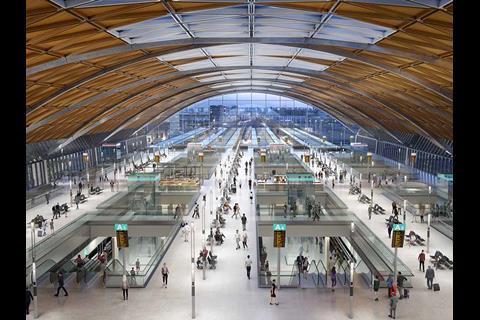 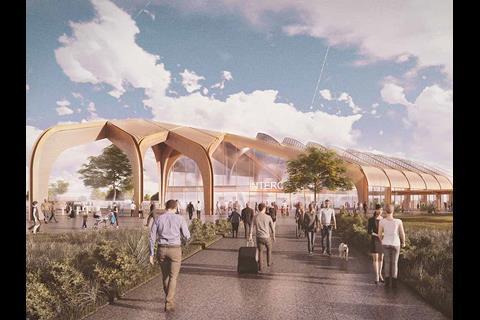 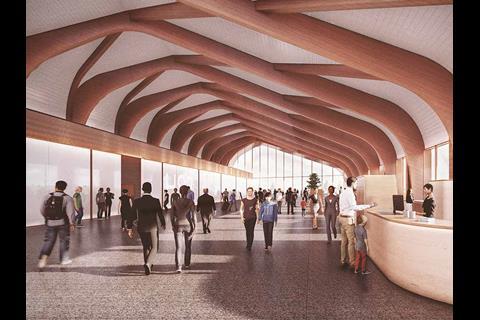 UK: Proposals for two new high speed stations in the West Midlands were unveiled by HS2 Ltd on October 9 as part of a public engagement programme.

HS2 is seeking feedback on the designs before formal submissions for planning approval are lodged with Birmingham City Council and Solihull Metropolitan Borough Council in early 2019.

Enabling works are already underway for the stations at Curzon Street and Birmingham Interchange, which are scheduled to open in 2026 along with the first phase of the high speed line linking London with northern England.

The seven-platform terminus at Curzon Street in central Birmingham is being designed by WSP UK, working with Grimshaw Architects. It will be located close to the existing stations at New Street and Moor Street, providing rail connections to the rest of the city and the wider West Midlands. It is also due be served by an extension of the Midland Metro light rail network.

According to HS2 Ltd, the Curzon Street development will create ‘a new landmark for the city’ and boost opportunities for regeneration. The start of site clearance was marked earlier this month with an event attended by Secretary of State for Transport Chris Grayling and Mayor of the West Midlands Andy Street. As part of the project, the historic London & Birmingham Railway terminus building of 1837 is to be restored for use as a visitor centre and offices.

Being designed by Arup, Birmingham Interchange will be a new gateway station for the region, serving Solihull, Birmingham Airport and the National Exhibition Centre. The multi-modal public transport interchange is expected to trigger longer-term development around the station, including new housing and businesses. HS2 Ltd says it is currently considering ‘a number of extra elements to the scheme put forward by the Urban Growth Company which aim to maximise the opportunities the new HS2 Interchange Station presents as a key catalyst for growth’. Commenting on the concept designs, Andy Street said ‘these brand new stations will be catalysts for regeneration, creating jobs and opportunities for local people and economic benefits for Birmingham and the Midlands. Curzon Street station will put Birmingham at the heart of Britain’s new high speed network’.