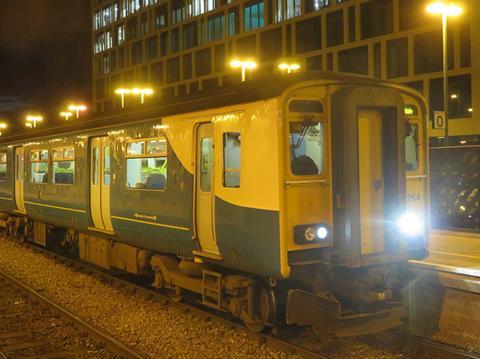 UK: In a written statement issued on May 23, the Welsh government’s Cabinet Secretary for Economy & Transport Ken Skates announced the award of a contract for KeolisAmey to ‘operate and develop the Wales & Borders rail service and the South Wales Metro’.

The contract will begin on June 4 and run until October 14 2033. It replaces the current franchising model under which Arriva has run the Wales & Borders services since 2003. While previous franchises have been tendered by the UK Department for Transport, the ODP contract has been specified by the devolved agency Transport for Wales. KeolisAmey will take over main line train operations from Arriva on October 14, Skates said.

Key to the ODP model is a plan for the winning bidder to take over some aspects of infrastructure management in Wales from Network Rail. While neither Skates nor KeolisAmey would provide details of how this would be taken forward until the statutory 10-day standstill period has elapsed, the ODP is expected to take over the ‘Core Valleys’ network which radiates from Cardiff; of this service group, only the branches to Ebbw Vale and Maesteg would remain under NR management.

The Core Valleys network would then be developed to provide enhanced access to central Cardiff under the South Wales Metro programme. Bidders were asked to submit proposals which could range from 25 kV 50 Hz electrification to tram-train or light rail conversion with some street running.

KeolisAmey was selected for the ODP contract ahead of sole competitor MTR Corp. The Welsh government initially received four responses, but Arriva decided not to submit a final bid and Abellio pulled out of the bidding after its infrastructure partner Carillion went into administration.

‘The procurement process was rigorous, resulting in transformative solutions for the benefit of all in Wales, and indeed, future generations’, said Alistair Gordon, Chief Executive of Keolis UK. ‘While the proposed changes won’t happen overnight, the railway will be unrecognisable in five years thanks to the vision of the Welsh government.’