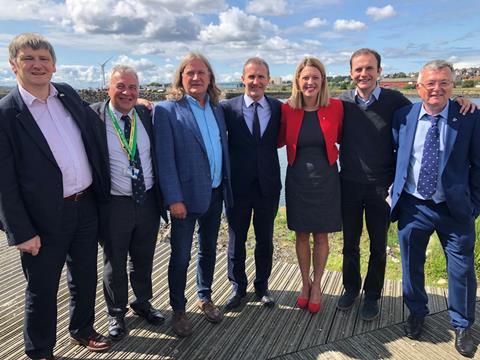 UK: The Scottish Government has given the go-ahead for detailed design work to support the proposed reopening of the 6·5 km railway serving Levenmouth at an estimated cost of £70m, Cabinet Secretary for Transport, Infrastructure & Connectivity Michael Matheson confirmed on August 8.

The rail link had been identified as one of the preferred options for improving sustainable transport in the Leven district, as part of a study for Transport Scotland published in May. It would be combined with improved bus connections and active travel provision to support walking and cycling. According to local media, the line could be reopened within five years.

Once part of an extensive network but latterly only used to move coal to Methil Docks, the branch from Thornton Junction has been mothballed since 2001. Reopening for passenger traffic would require the construction of new stations at Cameron Bridge and Levenmouth, which would be served by trains from Kirkaldy and Edinburgh. According to the study, the provision of a train stabling facility could facilitate improved rail services for the wider Fife region and reduce the need for empty running back to Edinburgh. A depot in the area could also generate local employment opportunities. There could also be provision for the revival of freight traffic.

Meeting with council leaders and local community groups, Matheson said he was ‘extremely pleased that the case has been made for the Levenmouth rail link’, adding that he was keen to see the project taken forward. ‘The detailed appraisal work that has been carried out suggests that improved transport links, which give Leven a direct rail link to the capital, will lead to an enhanced local economy, bringing better access to employment and education and the potential for new investment.’