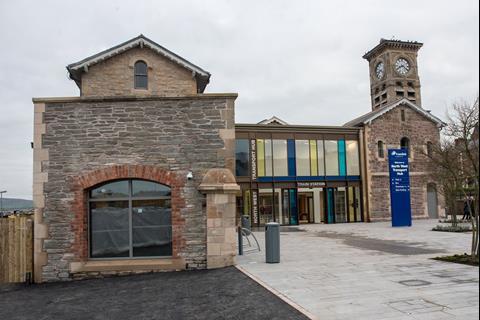 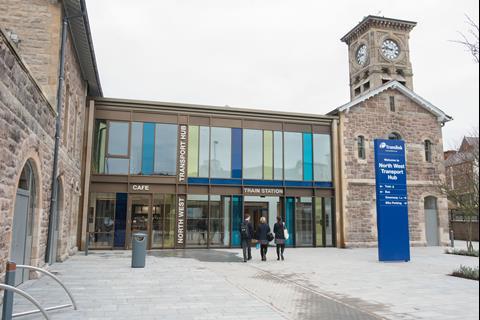 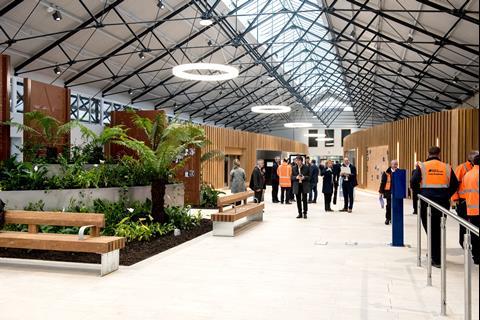 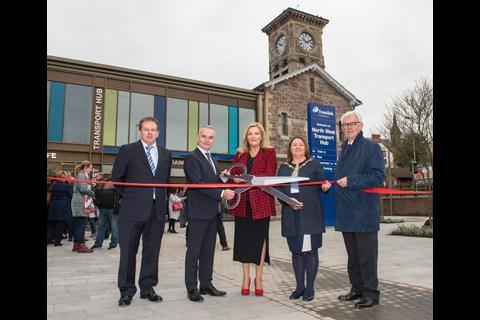 UK: The rail facilities at the North-West Transport Hub in Northern Ireland’s second city were opened by transport agency Translink on October 21.

The new Derry~Londonderry station returns to railway use the city’s former Waterside station, a Grade B-listed nineteenth century structure which closed in 1980 when train services were diverted to terminate nearby. The historic building has now been restored as a transport hub for the cross-border North-West region, which will offer improved co-ordination between trains, local and cross-border buses and ‘active travel’ walking and cycling routes.

There is space for use by community organisations, and Translink hopes the building will become ‘one of the city’s best-known venues’.

A park-and-ride site, enhanced public realm and bus turning circle are scheduled to be completed in mid-2020.

‘This important project has taken a key piece of the North-West’s architectural heritage and restored it to a modern transport facility, an appropriate gateway to the vibrant city of Derry~Londonderry and the wider North-West region’, said Translink CEO Chris Conway.

The contractors were Babcock and a joint venture of Farrans and Rhomberg Sersa, supported by companies including heritage survey consultants FarrimondMacManus and architects Paul Hogarth Co.