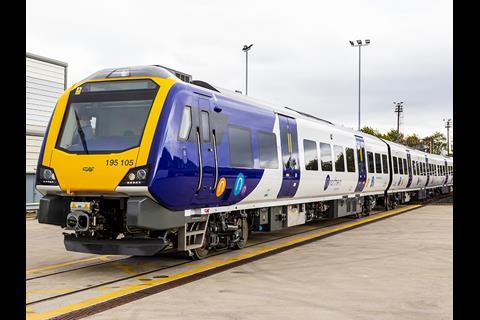 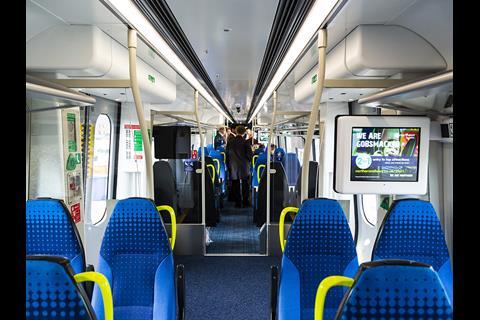 Entry into service is planned by the end of the year, with the EMUs working services from Manchester Airport to Preston and Blackpool, and the DMUs operating on various Northern Connect-branded services on routes through Manchester. Their introduction will facilitate a cascade of existing rolling stock to enable the elimination of the unpopular Class 14x Pacer DMUs from the franchise by the end of 2019.

Northern said the CAF new stock would offer a ‘step-change in quality’. The aluminium-bodied units have an open gangway design to give a spacious feel, with the doors at one-third and two-third positions along the bodyside. The interiors of the diesel and electric units are identical, with Fainsa seats, free Icomera wi-fi, air-conditioning, at-seat power sockets, an electronic seat reservation system and an accessible toilet.

‘The quality of what has been delivered is a real landmark for Northern and our customers, and to be able to demonstrate that quality to colleagues and stakeholders today is an incredibly proud moment for me’, said Brown. ‘Now it only remains for us to share these fantastic new trains with our customers, so that they can experience the comfort and the benefits all the new on-board features bring.’

Barry White, Chief Executive of Transport for the North, said it had been a ‘tough year’ for rail users in the north of England, with extensive disruption to services, and it was ‘really good that the planned investment we have heard so much about is now beginning to filter through to those that really need it.’

· Read the in-depth article describing the CAF multiple-units for Northern which appeared in the July 2018 issue of Railway Gazette International magazine.