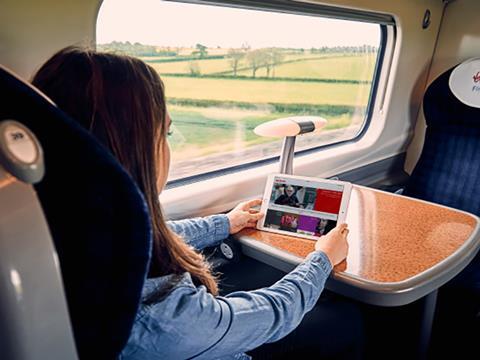 UK: The National Infrastructure Commission has published its Connected Future: Getting Back on Track report, saying that progress with providing mobile connectivity on trains has stalled since the government accepted the findings of its 2016 Connected Future report.

NIC found there are few technical barriers to delivering rail connectivity, and the lack of progress was largely down to difficulties accessing Network Rail land, commercial barriers created by the costs of installation and associated potential risks, and a failure of leadership.

It identifies four areas where the government must act to improve progress:

‘We’re all used to having mobile access on the move but for many passengers, loss of coverage while on the train occurs with frustrating regularity. In too many areas our rail infrastructure seems stuck in the digital dark ages’, said National Infrastructure Commission Chair Sir John Armitt on February 6. ’As coverage improves elsewhere, people will find it increasingly frustrating that it doesn’t extend to the railway. It would be like finding that the railway only accepts cheques for payment and not debit cards or contactless.’