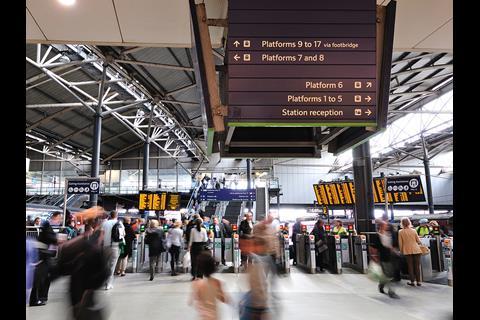 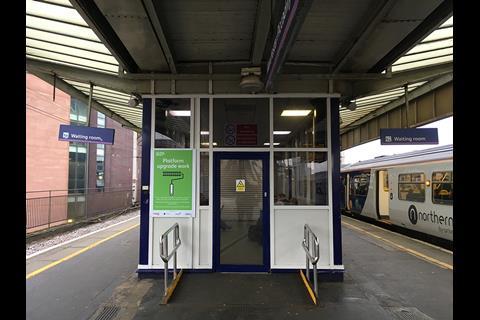 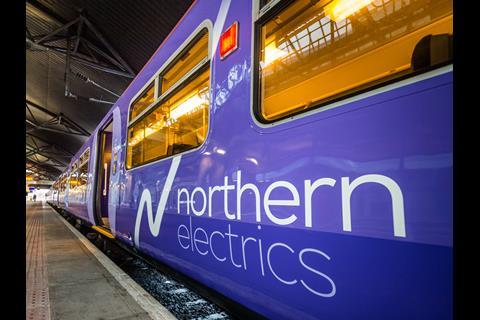 UK: A transport investment programme worth up to £70bn over the next three decades was unveiled by Transport for the North on January 31. Rail spending features prominently in the multi-modal plan, which is intended to support the creation of around 850 000 jobs and deliver economic benefits worth around £100bn.

This will be achieved through a series of short, medium and long-term interventions, of which several are already underway. Local transport development is also prioritised, alongside regional smart and account-based ticketing to help enhance multimodal transport options in a fragmented regional public transport market.

TfN’s programme outlines the need to enhance rail capacity and reduce journey times between conurbations. It supports the modernisation of the trans-Pennine route between Manchester and York via Huddersfield, for which Network Rail has been allocated £3bn and where partial electrification is envisaged.

However, TfN acknowledges the limitations of the existing railway, much of which was rationalised over the past five decades, leaving most core routes as two-track corridors where pathing a mix of train types is difficult. TfN’s long-term vision aspires to a more capacious network, offering non-stop journey times between key cities of between 20 and 60 min and a service frequency of four to six trains per hour. This will ‘draw on the experience of other polycentric urban regions’, particularly the Randstad area of the Netherlands and Germany’s Rhein-Ruhr conurbation.

The centrepiece would be a fast passenger line between Manchester and Leeds under the Northern Powerhouse Rail scheme, where work is hoped to start by 2024. TfN aspires to a 25 min journey time between Leeds and Manchester using a new alignment serving Bradford, but the plan also suggests that ‘upgrades akin to a new line’ along the existing railway could also achieve this aim.

Inter-city passenger trains would use upgraded routes to reach the trans-Pennine core, including Hull – Leeds and the East Coast Main Line between Newcastle and York. TfN hopes that this could deliver a headline Leeds – Newcastle journey time of 58 min compared to around 90 min today. Northern Powerhouse Rail services could also use sections of HS2 between York, Leeds and Sheffield and between Manchester, its airport and Liverpool. Modernisation of the Manchester – Sheffield main line is also envisaged.

TfN also cites rail freight as a growth priority. However, the business case for NR’s trans-Pennine route modernisation is not thought to include gauge enhancement to W12 for intermodal traffic, which has been criticised by the logistics sector in northern England. Reflecting this tension, TfN’s investment plan notes that there are currently no east-west paths available for high-cube container trains.

‘Where modal shift from road to rail may not currently be seen as economically viable, there is the opportunity to create the right conditions for a paradigm shift in the way that freight is viewed in the north’, TfN says. ‘To achieve this, freight routes must be direct and not circuitous, which is a significant constraint at present. Freight routes and paths must be planned alongside passenger rail, rather than as an afterthought.’

TfN describes itself as the UK’s first Sub-National Transport Body. Formally established in April 2018, it comprises 20 local authorities across northern England. It also co-manages the Northern and TransPennine Express rail franchises with the Department for Transport.

The investment programme is designed to fit within the funding envelope outlined by the government’s National Infrastructure Commission last year, which reflects a target of spending around 1·2% of GDP on major capital projects. NIC indicated a provisional budget for Northern Powerhouse Rail alone of £24bn.

‘Our investment programme outlines how an additional investment of around £50 per person in the north, per year, could play a part in unlocking a £100bn increase in economic activity’, says TfN Chief Executive Barry White. ‘For the people of the north, this will mean more choice over where they live and work, access to higher quality jobs and better connections to friends and families. It will mean our businesses have more opportunity to collaborate, trade and grow in a sustainable way. This final plan will be our blueprint to deliver transformational change and leave a legacy for future generations.’