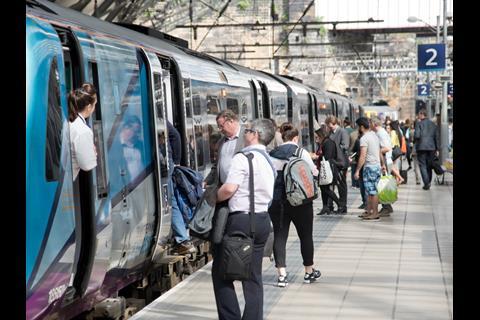 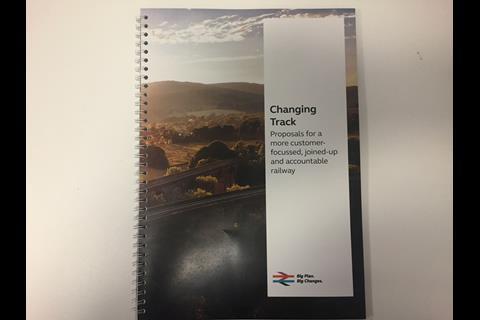 UK: Greater accountability to rail users and devolved authorities is envisaged under proposals from the Rail Delivery Group published on April 30, along with the establishment of an ‘independent national organising body’ to co-ordinate and oversee the entire rail sector.

Unveiling its proposals to the Williams Rail Review, which has been tasked with rethinking the shape of the UK rail sector, RDG said it wanted to see ‘a generational step-change in accountability and customer focus’.

Reflecting comments from review Chairman Keith Williams that the current model for awarding passenger operating franchises is no longer fit for purpose, RDG said ‘short-term fixes’ were no longer sufficient, and that radical reform was essential. Noting that previous reviews had either not taken a whole-industry perspective or had not been implemented in full, RDG welcomed the government’s commitment to bringing forward a White Paper to implement the recommendations of the current review, which are due to be submitted to Secretary of State for Transport Chris Grayling by September.

In shaping its eight-point plan, RDG consulted with a wide range of users and stakeholders, as well as looking at the models adopted in other countries, notably Sweden, France, Germany, Japan and the USA. While none of these offered a simple ‘copy and paste’ solution, RDG felt the Swedish approach offered much that could potentially be translated to a UK context.

The centrepiece of its proposals is the establishment of an independent body with overall charge of the rail sector. This is intended to take much of the decision-making out of the political arena, whilst ‘acting as the glue that binds the industry together, so that everyone is working to meet the same customer-centric goals’. Potentially bringing together the franchising functions from the Department of Transport, economic regulation from the Office of Rail & Road and some aspects of Network Rail’s national System Operator, this body would ‘drive up accountability and standards’.

The arms-length body would oversee a more customer-centric approach to organising passenger services, ‘designed to suit the needs of different groups’. RDG proposes three possible ‘building blocks’, that could build on its proposals for reform of the national fares and ticketing arrangements put forward earlier this year.

In urban and commuter areas, RDG envisages that devolved authorities could specify and award public service contracts including closer integration of rail with other modes, and potentially retain some or all of the revenue risk. This would draw on experience at Transport for London or Transport Scotland, but might require constitutional reforms to devolve more powers to the authorities concerned.

On long-distance routes, RDG suggests that multiple operators should be able to compete for business in terms of price and quality, ‘making services far more responsive to passenger needs’. This could range from pure open access competition to the auctioning of ‘bundles of slots’ as proposed by Virgin Rail Group in its submission to Williams.

Other routes, including rural areas, could be operated under contracts or franchises awarded at national or sub-national level. These would focus on ‘outcomes’ rather than tightly specified inputs, leaving the operators more freedom to innovate, while incentives and rewards would be driven by ‘tough’ performance and quality targets.

RDG says its proposals would build on the current devolution process within Network Rail, including the changes announced by Chief Executive Andrew Haines in February to increase local accountability. It insists that the aim should be to ’make sure track and train are all working to the same customer-focused goals’.

Any reforms must also ‘enhance freight’s central role in delivering for Britain’s economy’. Emphasising that ‘it is important that freight obtains the access it needs to the whole rail network’, RDG wants to ‘work with government to develop a clear national framework to put rail freight at the core of business, environmental and transport strategic policy-making’. This would require ‘a set of consistent legal, commercial and regulatory mechanisms to underpin continued business confidence and private sector investment’, as well as a nationally co-ordinated timetable and a coherent track access charging model.

With around 20% of current railway employees due to retire by 2033, RDG says attracting and retaining people with the right mix of skills for a digitally-enabled railway will be essential. Recognising that the industry needs to address issues such as diversity and culture change, it suggests that reforming the way in which public sector contracts are awarded and managed should provide ‘a more holistic and stable planning horizon’ and long-term incentives for workforce development.

Responding to the announcement, Transport Focus Chief Executive Anthony Smith said the independent users’ watchdog would be examining RDG’s proposals closely. ‘Passengers tell us they want a railway that is more accountable and simple to use, both locally and nationally, especially for commuter services. It will be passengers who will ultimately judge whether any changes deliver them train services that are more reliable, provide more space to stand or sit, offer a real customer focus and represent better value for money.’