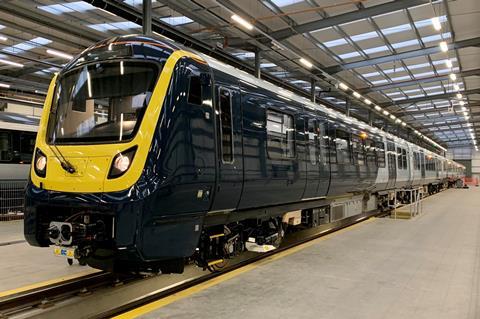 Capable of 160 km/h operation, the EMUs will be equipped for regenerative braking and fitted with AWS/TPWS as well as ETCS. Unlike the existing suburban units inherited by SWR, they will be fitted with toilets. 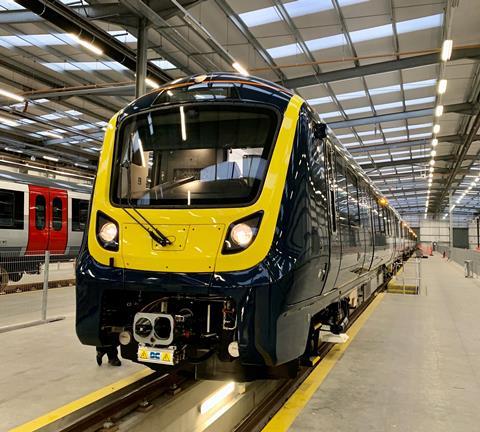 The £895m contract for Bombardier to supply a total of 750 cars was announced by SWR’s parent companies FirstGroup and MTR Corp in June 2017. The order is financed by leasing company Rock Rail and partners SL Capital and GLIL Infrastructure, with debt provided by a consortium of UK, European and North American institutional investors.

Bombardier said the ‘British-designed and British-built’ trains would be more reliable than the existing stock. They will be maintained at Wimbledon depot, with servicing at Feltham sidings. The 10-car units can be split unto five-car portions for depot moves.

Entry into service on SWR’s Windsor, Reading and west London suburban routes has been delayed from mid-2019 to mid-2020, because the manufacturer required more time to complete software development.

Bombardier has so far completed 20 cars for SWR. One Class 701 unit is being prepared for testing at the Velim circuit in the Czech Republic, and three more are being built for testing on Bombardier’s own track in Derby and at other UK locations.

While the EMUs are only intended to operate on 750 V DC third-rail routes, three are being built as dual-system units for testing. These will be equipped to operate from 25 kV 50 Hz and fitted with retractable shoe gear.

Bombardier has won orders for the Aventra family worth more than €4bn.