‘Think about the total energy needed to move the trains’ 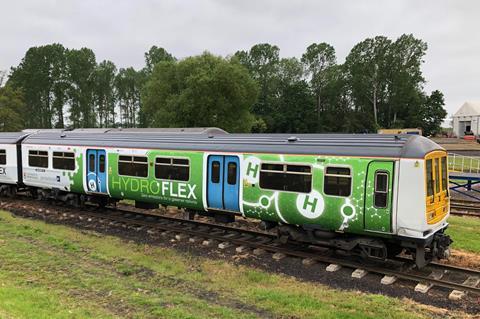 UK: ‘Think about the total energy needed to move the trains’, was the message Helen Simpson, Innovation & Projects Director at leasing company Porterbook, presented to policymakers at a well-attended meeting of the All-Party Parliamentary Rail Group on January 14. 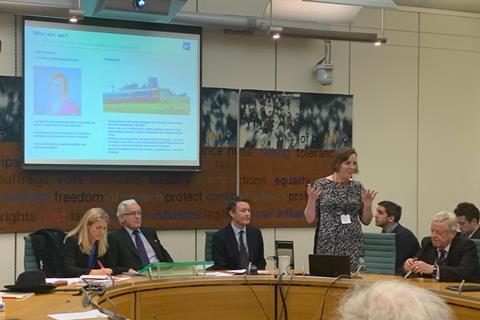 Simpson said achieving the government’s target of removing diesel-only traction from the network by 2040 would require policymakers to think about the rail sector’s energy usage at the whole system level, taking into account the typical 35-year life of vehicles. This should be done by calculating the total energy demand for the services required, and then selecting the right energy source for each application.

Simpson stressed that there was no single solution, and multiple power sources would be needed.

Electrification is currently the only option which can provide the required power density for long distance, high speed and heavy trains, and thus ‘has to be the goal’, Simpson said, a view which was backed by comments from the industry audience.

In the absence of a government commitment to fund electrification, Simpson said in many cases the focus should be on reducing emissions, rather than simply replacing diesel with alternative fuels.

This could include a programme to fit vehicles with exhaust after-treatment systems, which can reduce particulate emissions by 95%. Support from Innovate UK had been very helpful to Porterbrook in getting development projects off the ground, including a pilot scheme with a South Western Railway DMU. 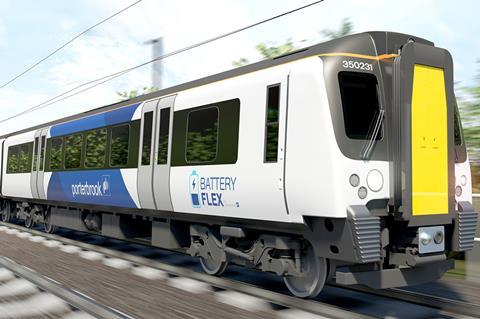 Batteries offer high power and are good for routes with gaps in the electrification of up to 75 km, but their energy density makes them inefficient for long-distance applications.

The low weight but large volume of hydrogen means frequent refuelling would be needed for long distance applications, while it does not offer the power needed for freight. It is better suited to short and medium distance services and speeds under 120 km/h.

Its main use could be as a method of energy storage, with hydrogen produced using electricity generated by wind turbines at times of low demand such as the early hours of the morning.

A ‘robust’ approvals process is underway to enable mainline operation of the Class 319 EMU which has been fitted with fuel cells under Porterbook’s Hydroflex project with the University of Birmingham’s Centre for Railway Research & Education.

Porterbrook has not yet gone through the process of obtaining approval for Hydroflex to operate on long viaducts or through tunnels, and Simpson stressed that it was very much a demonstrator to help make the case for new-build trains.

While hydrogen fuelled trains could replace almost all DMUs, Simpson said there are ‘really interesting questions about how we are going to do this as an industry’. 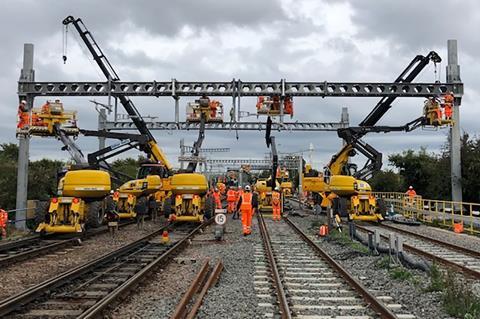 Angel Trains CEO Kevin Tribley agreed that it was ‘undoubtedly right’ that electrification was the best long-term solution.

He said environmentalism was on the public agenda, and the industry needed to know the government’s electrification strategy to enable it to deploy ‘transitional technology’ such as battery and hydrogen power.

However not everyone sees a role for hydrogen, with one industry insider telling Rail Business UK that investing in hydrogen could be like ‘betting on Betamax’.