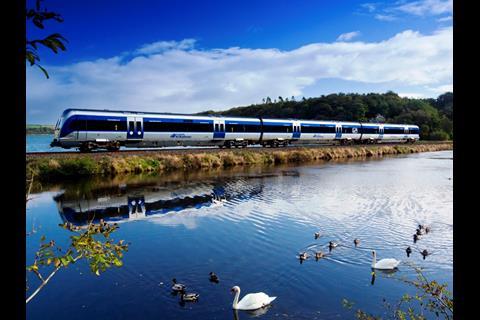 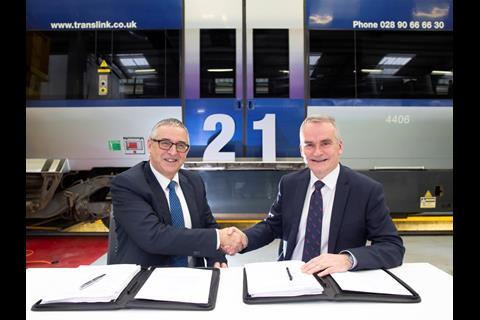 Funded by £50m from the Department of Infrastructure, the intermediate vehicles have been ordered as an option on the contract under which CAF supplied 20 three-car Class 4000 DMUs in 2011. Due for delivery during 2021 and expected to be in service by autumn 2022, the extra cars will be compatible with the Class 4000 sets. They will add around 1 400 seats to the NIR fleet and enable Translink to operate more six-car services at busy times.

‘This has followed the introduction of our new fleet, infrastructure investment and service and timetable enhancements, alongside a continued focus on improving the overall customer experience. As more people make the train their first choice for travel to work, study, shopping, health and leisure activities, we look forward to the introduction this new fleet and thank the Department for Infrastructure for this significant investment in public transport.’

CAF UK Director Richard Garner said the contract was the third that the manufacturer had been awarded by Translink. As well as the 20 Class 4000 DMUs which entered service from September 2011, CAF had previously supplied 23 Class 3000 DMUs in 2004-05.