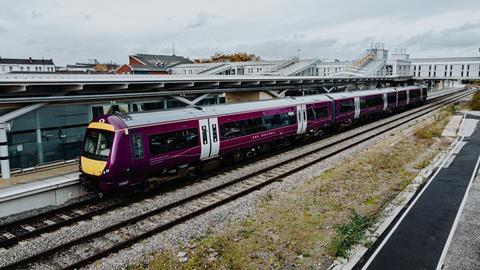 UK: East Midlands Railway has begun using the first of the Class 170 Turbostar diesel multiple-units which are due to be transferred from other operators, marking the start of its programme to modernise its regional fleet.

Intended to replace Class 15x units, the Turbostars will initially operate on the Nottingham – Worksop line, with three expected to be in use by December before they are deployed more generally in 2021. 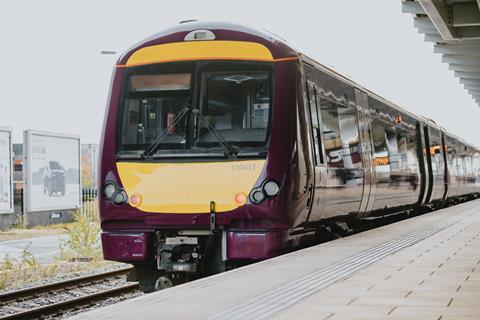 ‘The introduction of our first 170 is an exciting milestone for us and a real boost for EMR Regional’, said Managing Director Will Rogers. ‘They offer passengers significant improvements and benefits and will make journeys more comfortable and convenient.’

At the launch of the EMR franchise it was announced that the TOC would be taking on a significant number of Turbostar DMUs being released by operators including ScotRail, West Midlands Trains and Southern, to provide a fleet of 27 two-car and 12 three-car units. 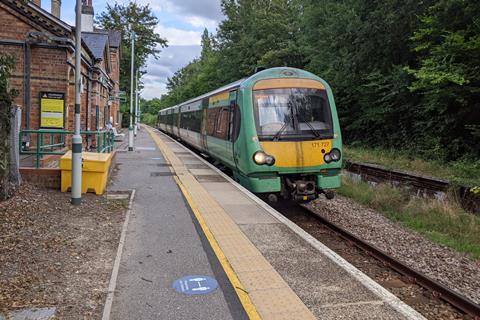 Most units are expected to be transferred as planned, but there are still questions over the release of 12 two-car and four-car Class 171 units from Southern.

Their planned entry into service with EMR in September 2021 would probably require their release from Southern in May 2021 for overhaul and conversion back to Class 170s, which requires a change of coupler.

However as yet no suitable alternative trains have been identified for use on the non-electrified Ashford – Hastings and Hurst Green – Uckfield routes.