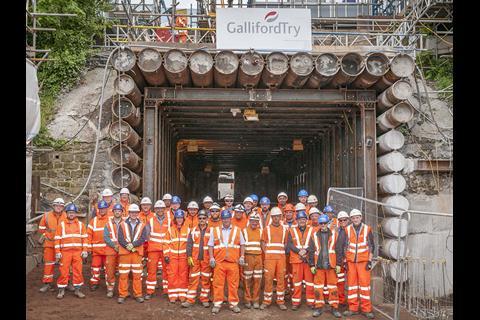 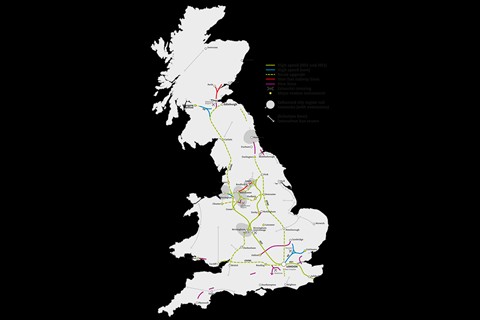 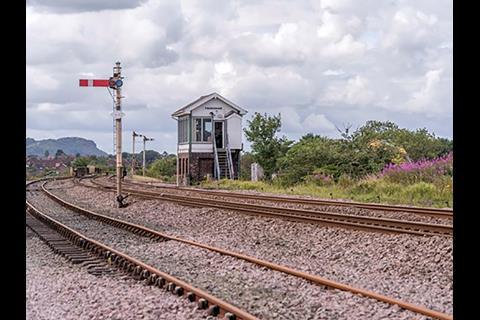 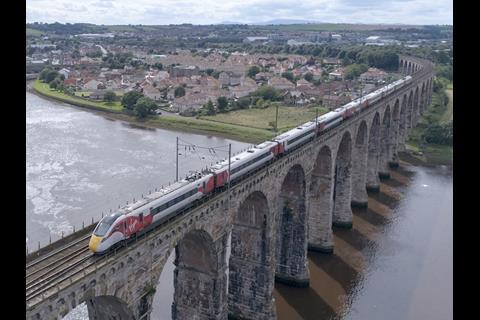 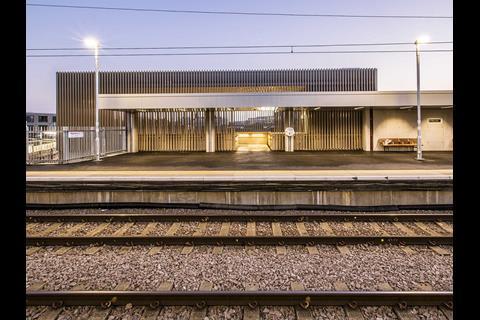 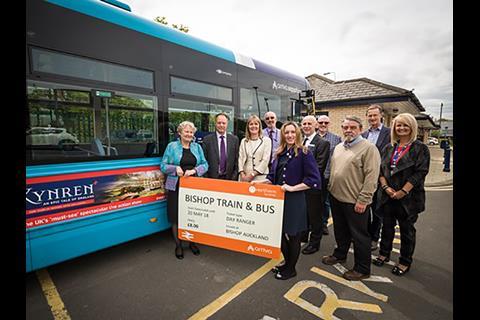 Galliford Try is building a subway at Newton-le-Willows station using a tube canopy method instead of pipe jacking, which would not provide the control of settlement necessary to enable trains to continue running during the works. 'It’s relatively unusual in the UK for a rail scheme to feature the tube canopy system, and our use of it at Newton-le-Willows has attracted interest', said the contractor’s Operations Manager Ian Woodall.

High speed rail lobby group Greengauge 21 issued a report on May 29 calling for the ‘reorientation’ of the UK rail network to be ‘truly national’, with a focus on driving improvements in productivity in the wider economy. Key aspirations include extending High Speed 2 to connect with routes serving Bristol and the southwest, creating an ‘X shaped railway instead of a Y’; building new links across northern England and between London, Cambridge and Stansted Airport; and modernising the East Coast Main Line for ‘the first time since the 1980s’.

Network Rail has announced the completion on May 28 of the final phase of works to facilitate the introduction of passenger services on the 2·4 km Halton Curve linking the Chester – Warrington and Liverpool – Crewe lines. An hourly passenger service between Liverpool and Chester is planned from December. The £18·8m project has been funded through the government’s Local Growth Fund and the Liverpool City Region Combined Authority.

Ahead of the deployment of Hitachi IEP trainsets, Network Rail has completed gauge clearance from London King’s Cross to Inverness, Aberdeen, Leeds, Hull, Harrogate, Skipton and Glasgow as well as diversionary routes such as London to Peterborough via Ely and Newcastle to Glasgow via Carlisle. More than 40 infrastructure modifications were required, ranging from the relocation of ground signals and speed signs to the reconstruction of platforms and bridges. The project also saw 35 overlap booster transformers removed from 12 locations between London and Berwick-upon-Tweed.

A ceremony on May 24 marked the completion of a £25m project to modernise London Overground's Hackney Wick station, with the provision of a new ticket hall, underpass, lifts and improved accessibility. Network Rail delivered the project on behalf of principal funder London Legacy Development Corp, with Tower Hamlets and Hackney councils contributing £1m each.

On May 24 ORR published a letter to Network Rail concluding its November 2017 working paper on the volume incentive, which is designed to encourage the infrastructure manager to make additional capacity available in response to unexpected demand from operators to use the network. ORR confirms its proposed approach to remove the financial aspect of the volume incentive, but will still require Network Rail to report on volume metrics (relative to a baseline) in CP6.

The Bishop Train & Bus Day Ranger ticket has been launched, offering unlimited all-day travel on Northern rail and Arriva bus services between Bishop Auckland and Darlington. 'In the past six months we have increased our services to Bishop Auckland and, with the introduction of a new timetable this week, we have managed to coincide our trains with the shift patterns at the local Hitachi plant, making travel more convenient for workers', said Mike Paterson, Regional Director at Northern, on May 24. 'The new ticket reflects how Northern and Arriva Bus are working together to make public transport even more flexible and accessible.’