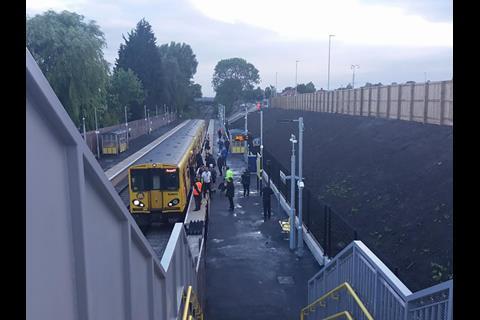 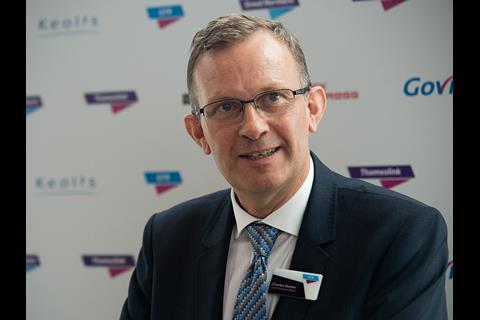 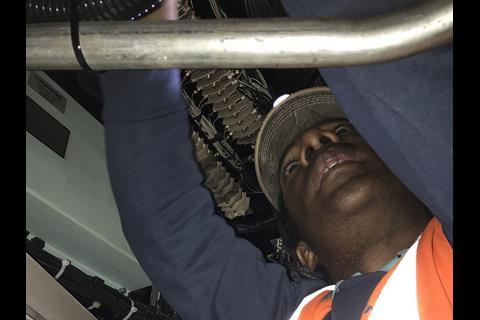 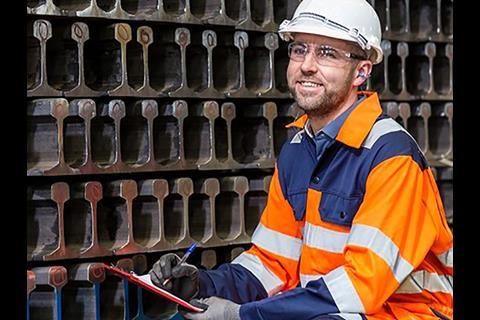 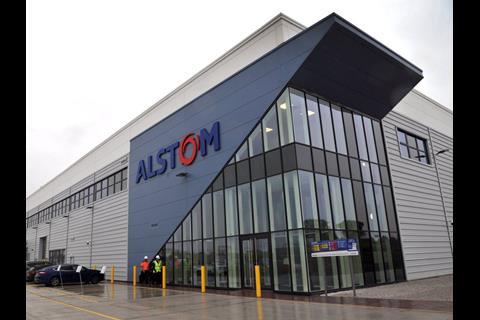 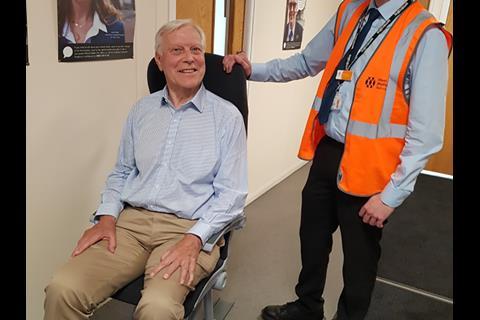 Trains began calling at the new Maghull North station on the Ormskirk branch of Merseyrail’s Northern Line on June 18, ahead of a ceremonial opening scheduled for June 22. The station features a staffed building and ticket office with passenger toilet, waiting shelters, adjacent bus stops, a 156-space car park and cycle storage. The principal contractor was Buckingham Group, and funding came from a government contribution via the Local Growth Fund, Merseytravel and contribution from the Housing & Communities Agency which previously owned the land.

Charles Horton resigned as Chief Executive Officer of Govia Thameslink Railway on June 15. He is to remain in his post for a short period to oversee the development of a temporary timetable to address recent disruption to services.

The Department for Transport is to hold a second Interoperability Brexit ‘No Deal’ stakeholder workshop on July 27. A workshop held in May provided a general overview of the objectives for legislation that is being drafted to ensure continuity of the interoperability regime in a 'No Deal' Brexit scenario, and the second event will discuss specific proposals in greater technical detail.

EnPro undertook first in class modifications to the control circuits of a South Western Railway Class 455 EMU under a project to improve the reliability of the emergency brake delay relay and brake supply relay circuits. The FIC unit has been returned to standard configuration pending series modification of the fleet.

Transport for London has awarded British Steel a two-year extension to its 2012 framework contract for the supply of rails to London Underground. The extension covers around 4 000 tonnes of rail per year, and for the first time this will include HP335 wear resistant rail and Zinoco coated rail.

The National College for High Speed Rail has signed a contract to lead the provision of education and technical training at the Alstom Academy for Rail in Widnes, which is expected to train up to 500 apprentices over the next five years. Existing apprentices will continue to work for Alstom, while academy staff will transfer to NCHSR.

Costain has sponsored a Rail Safety & Standards Board project to launch new guidance on fatigue, cited as a factor in around 20% of high risk rail incidents. A range of resources for RSSB members is now available on the RSSB website.

Transport Focus’s latest National Rail Passenger Survey was published on June 19, covering January 15 to March 28. 'In the middle of widespread disruption on the roads, buses and elsewhere during the recent bad weather parts of the rail industry did well to run trains at all, let alone to a timetable', said Chief Executive Anthony Smith. 'Inevitably, passenger satisfaction was also buffeted by the weather. However, overall, looking at this 10-week period we saw more general rail performance still under stress. A reliable railway remains the key driver of passenger satisfaction.'

The Railway Industry Association has launched a Rail Fellowship Programme, designed to give parliamentarians and political influencers hands-on experience of the rail industry at RIA member sites. MPs Lilian Greenwood, Priti Patel, Alison McGovern and Luke Pollard were the first to sign up. 'UK rail has a great narrative to tell, but too often only negative stories are reported', said RIA CEO Darren Caplan. 'The RIA Rail Fellowship Programme is a fantastic opportunity to communicate this positive story to parliamentarians, so they can learn about the invaluable work which goes on and see for themselves the amazing progress our industry is making on innovation, skills and exports'.

Seats developed by FISA and Schoenemann Design are to be fitted to the Class 196 DMUs which CAF is to supply for use on West Midlands Trains services from mid-2020. WMT said the DMUs would offer passengers improved seat pitch, window views in all positions, a USB point or a plug socket and either a seat-back or fixed table. The cantilever design of the seats will also improve cleanliness and allow luggage to be stored underneath more easily.

On June 20 the Urban Transport Group which represents large urban transport authorities, published its Rail Cities UK report setting out its vision for the future of urban rail travel. The report sets out a five point vision based on: higher density and more reliable services; use of new technologies such as tram-trains; integration with wider public transport, housing needs and local economic development; stations which act as hubs for business, housing and community purposes; and interconnected rail networks 'which emulate those of comparative city regions in countries such as Germany'.

Network Rail is to hold a supplier briefing event in July to provide details of the planned procurement of a traffic management system covering the East Coast Main Line between London King’s Cross and Doncaster South.