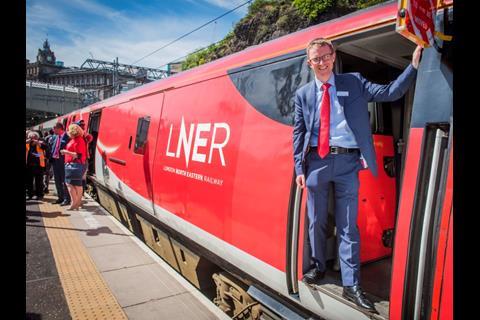 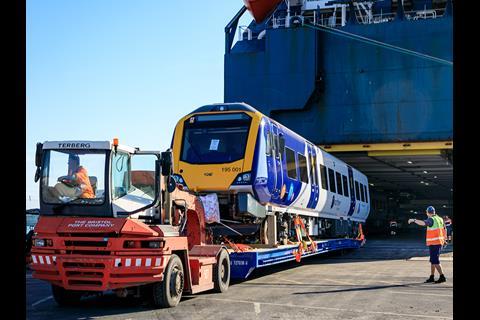 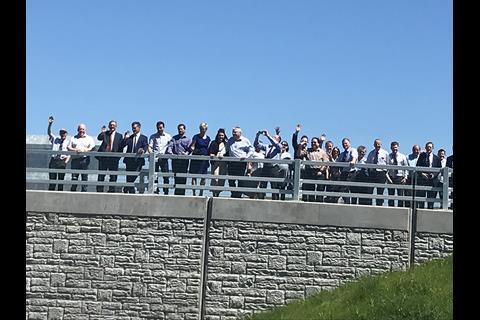 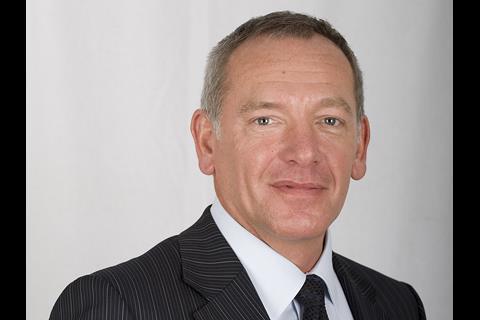 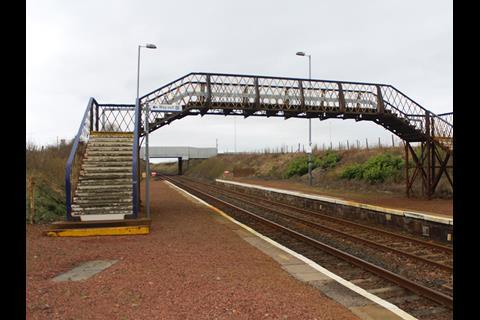 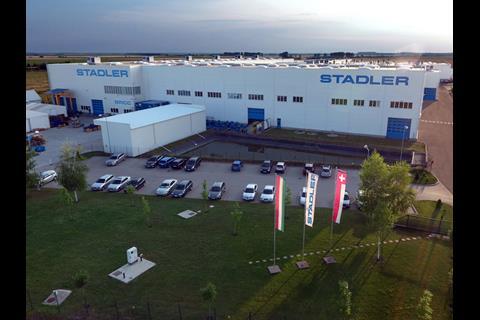 The InterCity East Coast franchise was handed over from Virgin Trains East Coast to London North Eastern Railway on June 24. VTEC said it had made premium payments of more than £800m since March 2015, 'an increase of more than 30% on previous payments to government under DOR'. However a 'slowdown in long-distance rail travel' had 'led to Stagecoach/Virgin subsidising premium payments to government with more than £200m of shareholders’ money and the early end of the East Coast contract.' David Horne remains Managing Director of the franchise and said ‘our message to customers, employees and everyone who depends on this service is that it is business as usual.’

The first of the CAF Class 195 DMUs ordered by Eversholt for use by for Northern arrived at the Royal Portbury Dock in Bristol from Spain on June 25. It was then transported by road to Merseyside for finishing work over the next few weeks before the start of testing.

Breich station will close for 12 weeks from June 23 while a £2·4m project is undertaken to modify platform lengths and heights, improve access and modernise lighting, CCTV, passenger information and ticket machines. The station which was used by an estimated 48 passengers in 2016-17 was reprieved from closure following a consultation in 2017.

The Transport Select Committee published a report on rail infrastructure investment on June 28, saying current transport scheme appraisal methods favour London as they are weighted towards the reduction of congestion and journey time savings, which 'actively disadvantages less economically buoyant regions'. Chair Lilian Greenwood MP said 'while we accept that annual snapshots of comparative regional investment can be problematic, and that investment in one area can lead to benefits in another, some regions have faced decades of under-investment in their parts of the rail network'.

On June 26 Stadler said the design phase of the new Merseyrail EMU fleet was close to completion, the on-board systems had been ordered and production of car bodies was about to start at its Szolnok plant in Hungary. Around half of the bodies will be fitted out at Altenrhein in Switzerland and half at Siedlce in Poland, with the first expected to be completed in September.

Network Rail and Powys County Council have completed a £7·5m project at Talerddig which included the construction of 2 km of of new road and two new road over bridges which have enabled the closure of eight level crossings.