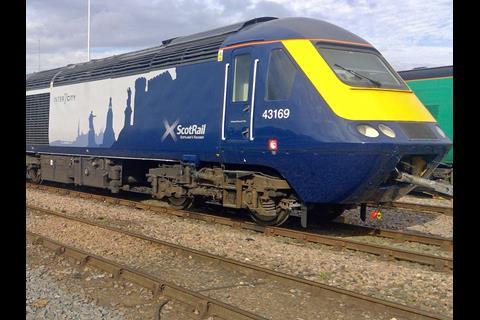 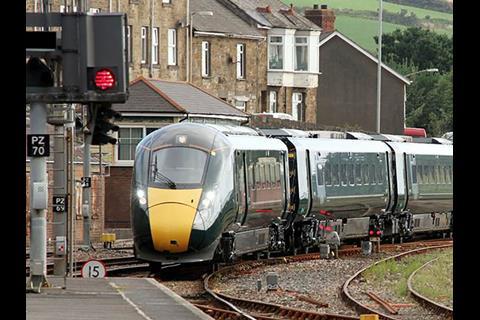 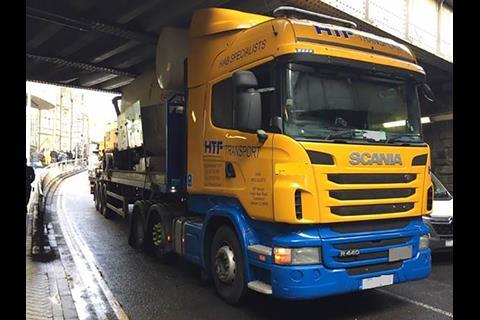 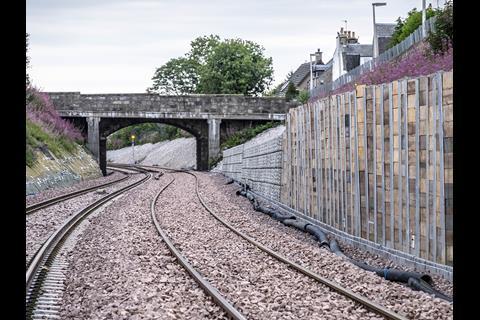 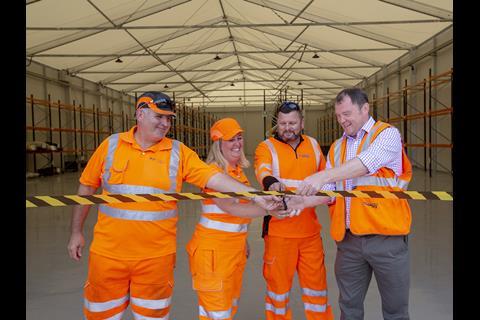 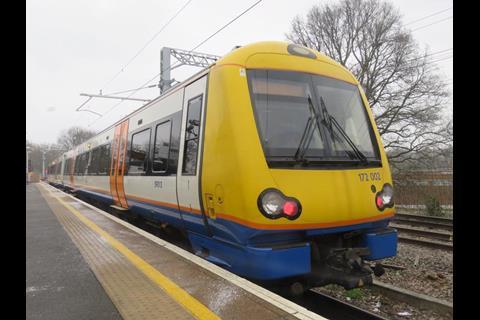 On August 20 GWR put into service the first of the 22 five-car and 14 nine-car Hitachi AT300 Class 802 electro-diesel trainsets ordered through Eversholt Rail in July 2015 and August 2016 for use on services from London to Devon and Cornwall. 'These new trains will, with an improved timetable, enable us to offer a step change in passenger transport', said GWR Manging Director Mark Hopwood. 'The trains will help us provide faster, more frequent services into the southwest, each offering up to 24% more seats per train, in greater comfort and with improved on board facilities.'

ScotRail has taken delivery of the first of 26 ex-GWR HSTs which are being modernised by Wabtec in Loughborough and Doncaster for use on inter-city routes in Scotland. Entry into service between Aberdeen and Edinburgh is expected ‘in the coming weeks’.

A consortium led by Atkins and including Cushman & Wakefield, Lambert Smith Hampton, Merrett Houmøller Architects and Quatro PR has been appointed to develop a masterplan for Sheffield Midland station. Atkins Project Director Mike Gardner said this would 'help ensure that by the time HS2 arrives in Sheffield, the station will be a focal point for the city and offer a first-class experience for passengers.'

Resonate has supplied a computerised signalling control system as part of the modernisation of the Tyne & Wear Metro’s South Gosforth control room. ‘This £12m project is the biggest overhaul of technology in the Metro control room for almost 40 years’, said Nexus Managing Director Tobyn Hughes. ‘The investment brings our signalling control systems into the digital age and it will be of huge benefit to Metro operations.’

The Department for Transport has begun formal consultation for the closure of Angel Road station on the West Anglia Main Line. The replacement Meridian Water station is under construction 580 m to the south with completion expected in May 2019.

Network Rail has confirmed that the CPL Ltd joint venture will continue to work on the L2C (Midland Main Line) and H2M (Shotts) electrification projects with a total value of £320·5m, following SPL Powerlines UK’s acquisition of the 50% stake previously held by its joint venture partner Carillion.

TransPennine Express has launched its Transform grant scheme with £50 000 available as grants of up to £5 000 for community and environmental projects. ‘We are looking for initiatives that will really benefit the regions we serve and I would encourage people to get in touch with their projects and ideas‘, said Transport Integration Manager Charlie French.

The Department for Digital, Culture, Media & Sport has launched a call for information to identify any industry concerns ahead of a planned trial of 5G passenger connectivity between Leeds and Manchester. This would exploit a 433-fibre high capacity spine which Network Rail is installing between Manchester and York. Companies selected to take part would be able to deploy their radio equipment without the need to invest in trackside infrastructure, and would benefit from financial support and the ability to use the Melton Mowbray test facility.

Network Rail has awarded Costain a £40·6m five-year framework contract for the development of a automatic warning system to advise level crossing users of an approaching train at passive level crossings. NR said current warning systems have limitations, and there is a need for a cost-effective system with level of reliability needed to allow the removal of whistle boards.

Network Rail has launched a 'Lorries Can’t Limbo' campaign in an effort to reduce the number of lorries hitting bridges. NR said there are about 2 000 bridge strikes each year, with each costing more than £10 000 for repairs and compensation to train operators. NR said compensation costs it up to £13m a year, but the true cost is estimated to be up to £23m ‘once the value of undelivered goods, lost productivity from train delays and road congestion are taken into account.‘

The line between Aberdeen and Dyce reopened on August 20 following a 14-week closure to permit upgrading work including double-tracking.

Network Rail expects to save around £1·6m by moving spare parts for the High Output ballast cleaning and track renewal trains to a new warehouse at the High Output Operations Base at Sandiacre near Nottingham. 'Each ballast cleaning system held its own set of strategic spares, so they were on sites across the country, sometimes for up to 10 years', said Simon McColgan, High Output Plant Business Support Manager. 'This made it difficult to track down spares when they were needed. It also meant that many of the spares deteriorated over time and needed an overhaul, and many were no longer in a fit condition to be used on the plant.'