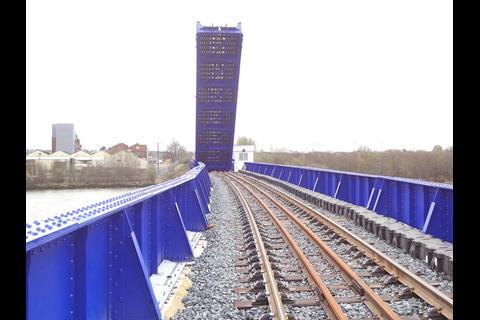 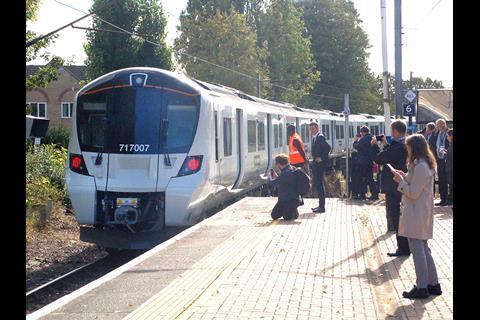 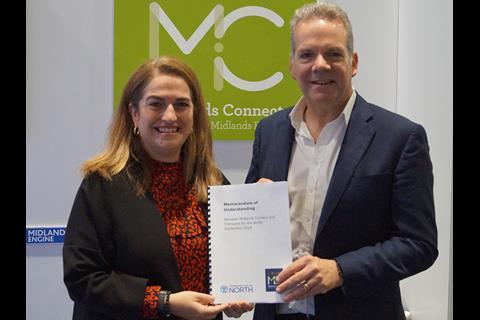 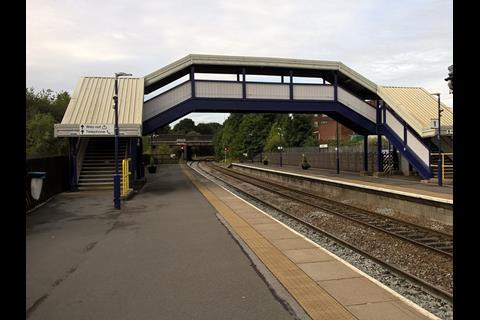 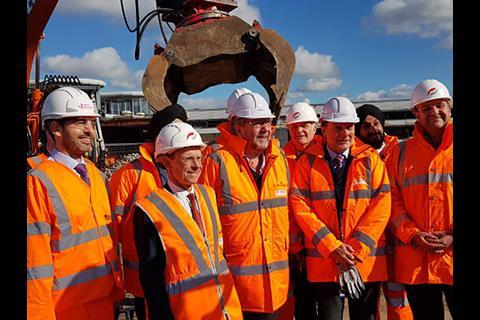 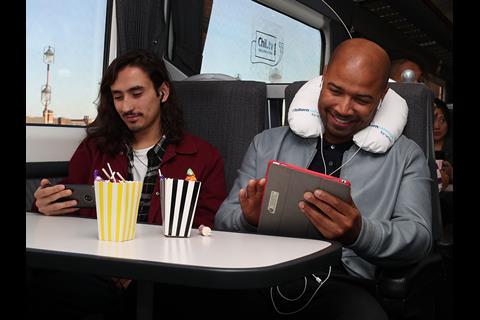 Great Northern carried passengers on one of its 25 Siemens Desiro City Class 717 EMUs for the first time when it operated a 'preview' service on September 28. Phased entry of the Rock Rail-owned EMUs into regular service on commuter routes from London's Moorgate station is scheduled to start in late autumn and continue until spring next year.

Translink has awarded FP McCann Ltd a £500 000 contract to replace the bearings on the bridge over the River Bann in Coleraine. The bridge dating from the 1920s has 11 spans, including a lifting bascule to enable ships to reach the port. FP McCann will undertake localised strengthening of individual spans ahead of the installation of a custom designed support system that will enable individual bearing units to be removed and replaced. This will be supplemented by localised painting. Work is scheduled for completion in March, without disrupting rail or maritime operations.

The Office of Rail & Road has appointed John Larkinson, currently Director of Railway Markets & Economics, as Interim Chief Executive following an internal competition. This follows the departure of Joanna Whittington, who is leaving ORR on October 5 to become Director General, Energy & Security at the Department for Business, Energy & Industrial Strategy. An open competition for the role of Chief Executive will be advertised in due course.

Caledonian Sleeper has confirmed that the introduction of its new CAF rolling stock on the Lowland service between London, Glasgow and Edinburgh, which had been planned for autumn 2018, has been put back to spring 2019, with the Highland service to Fort William, Inverness and Aberdeen to follow shortly afterwards. As of October 2, 40 of the 75 CAF cars had been delivered, but the operator said the approvals process was ‘time-consuming and complex’ and ‘there is still work to be done before the new carriages can be brought into service’.

Registration opens on October 8 for an Small Business Research Initiative competition being run by Innovate UK which expects to provide up to 12 grants of between £250 000 and £350 000 to support projects on the themes of ‘Customer experience in stations’ or ‘Decarbonisation of the railway.’ At least 50% of the contract value must be for R&D, and projects should focus on prototyping and field-testing products or services in a railway environment.

Network Rail will begin work to improve accessibility at Scunthorpe station on October 8, in a project is being carried out with TransPennine Express and the Department for Transport with funding from the Access for All programme. This includes installation of a new footbridge and two lifts as well as upgrading CCTV, signage and the public address system.

Chiltern Railways has launched Chil.tv, a GoMedia onboard entertainment system featuring programmes from NowTV, UKTV, Kids and Hayu which passengers can access using their mobile devices using onboard wi-fi provided by Icomera.

HA Marks Construction Ltd has been awarded a £1·5m contract to modernise Elstree & Borehamwood station, funded by the Department for Transport under the National Stations Improvements Programme. This includes doubling the size of the concourse, increasing the number of ticket gates from four to six, installing larger and accessible toilets, reconfiguring the ticket office to prevent queues from blocking through routes, a larger retail unit, a new coffee shop, a second entrance, and secure parking for around 80 bicycles.

Contractor Galliford Try began demolition work for the £150m rebuilding of Wolverhampton station on September 28. The first section of the new building is expected to open by autumn 2019, with works to be completed in summer 2020. 'It’s fair to say that Wolverhampton has waited a long time for this new railway station and that when it is complete it will provide a suitable gateway to a thriving city', said Andy Street, Mayor of the West Midlands. 'Just as important, the new station will be the hub of a rail, tram and bus network’.

On October 1 the Department for Transport announced that future franchises awarded by the UK government will include a requirement for ‘one-click’ automated delay refund claims via smartphones.

Midlands Connect and Transport for the North have signed a memorandum of understanding committing them to work together towards ‘a mutual vision for rebalancing the UK economy through sustainable transport improvements.' Senior officers will meet every quarter to discuss matters of common interest.