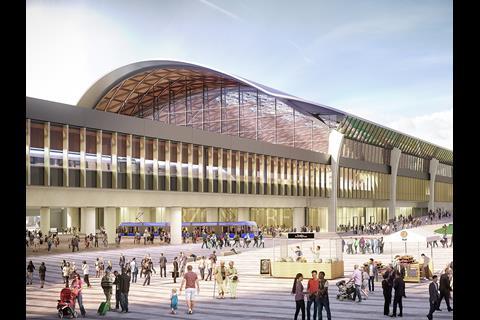 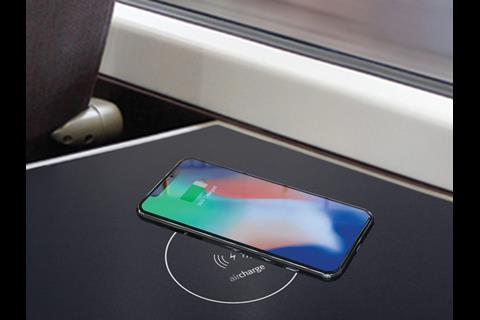 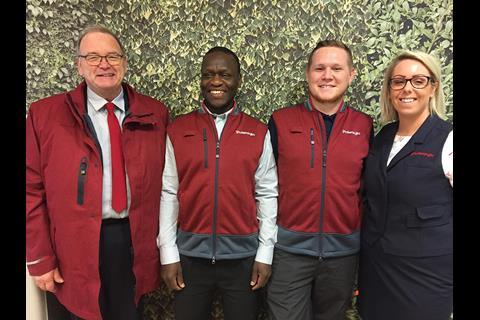 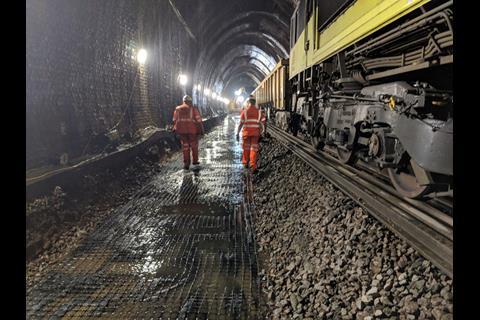 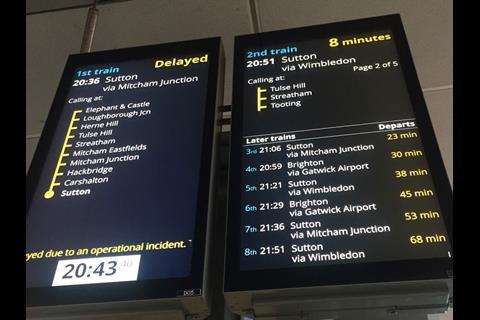 Italian supplier Sigma is to supply c2c with ETS90 ticket vending machines featuring large LED screens which can be used for infotainment and advertising. The contract is Sigma’s first in the UK, having previously supplied c2c’s parent company Trenitalia and Italo-NTV in its home market as well as the Athens metro.

HS2 Ltd has begun the process of procuring a contractor to build Birmingham's new Curzon Street station to designs which have been developed by WSP, Grimshaw Architects and Glenn Howells.

Network Rail has awarded Colas Rail a contract to operate, maintain and repair its fleet of plain rail grinding trains. The contract will run for an initial three years with options to extend.

ScotRail will cease serving IBM station from December 9. Usage has been significantly reduced by the closure of local industrial sites, with an estimated 6 032 entries and exits in 2016-17.

Network Rail has awarded Arcadis Consulting and Aecom Infrastructure & Environment framework contracts to provide engineering assurance, professional management and asset protection support services for its teams supporting projects initiated and funded by external clients who wish to construct something over, under or near the railway.

Selected Greater Anglia staff are testing new uniforms designed and supplied by Cooneen and HemingwayDesign, ahead of planned roll-out in summer and autumn 2019.

Following trials with Southeastern and South Western Railway, on November 19 the Rail Delivery Group launched Station Connect, a voice automated phone service supplied by Eckoh which allows staff to make calls to station ticket offices by calling single central number and then speaking the name of the station required, rather than consulting a directory of station telephone numbers. ‘Clear communication between stations is essential for assisting customers like disabled passengers and using Station Connect made that much easier’, said Justin Ryan, Accessibility and Inclusion Manager at Southeastern. ‘Especially for staff on the move, Station Connect enables them to just have to remember one number to access the phone number of every station in the country so the whole network can work better together.’

The Department for Transport released its 2018 Community Rail Strategy on November 16. New measures include an accreditation scheme for Community Rail Partnerships ‘to act as a trusted mark of quality and reflect the community-facing role they play'; involvement in the government’s loneliness strategy by helping community groups make use of unused or under-used railway property to create a local hub and facilities for people, especially in isolated areas; boosting social connections and opportunities for education, employment and skills.

The Office of Rail & Road has launched a market review into the role played by Delay Repay claims companies in helping passengers claim compensation and helping operators deal with claims efficiently. This will consider whether such companies face barriers in the market; the impact on train operators and how claims companies can and should interact with them; and the extent to which they could facilitate innovation.

This week Transport for the North, Northern and TransPennine Express are to begin the roll-out of smart ticketing, initially covering the routes from Scarborough to Hull and Malton and starting with season tickets. This is the first step in the three-phase Integrated & Smart Travel programme funded by the Department for Transport which aims to provide multi-mode, multi-operator, price-capped journeys across northern England.

On November 19 the Rail Accident Investigation Branch released its report into a collision between a passenger train and a stationary engineering train at London Waterloo station on August 15 2017. RAIB expressed concern that lessons from the 1988 Clapham Junction disaster ‘may be fading from the railway industry’s collective memory’, and made three recommendations: one addressed to Network Rail seeks improvements in the depth of knowledge and the attitudes needed for signal designers, installers and testers to deliver work safely, while recommendations addressed to OSL Rail and Mott MacDonald seek development and monitoring of non-technical skills. RAIB has also identified four learning points.