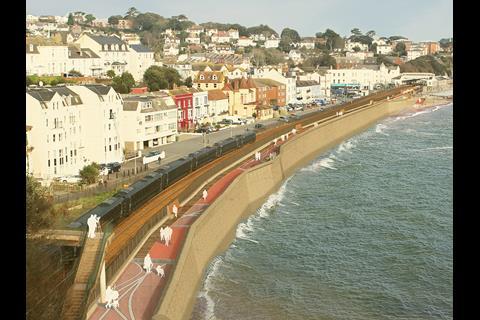 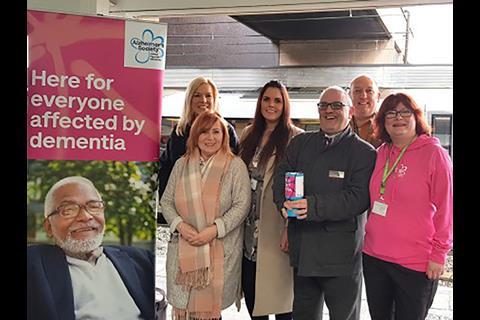 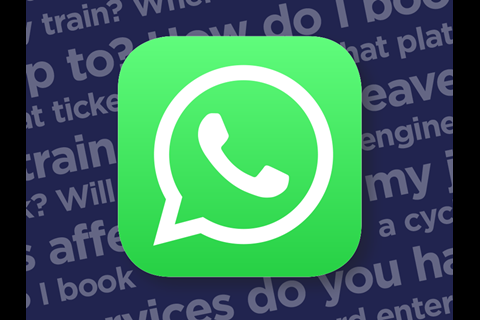 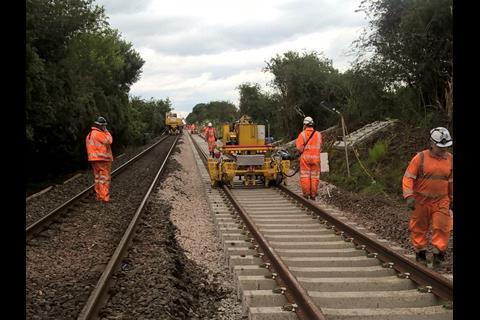 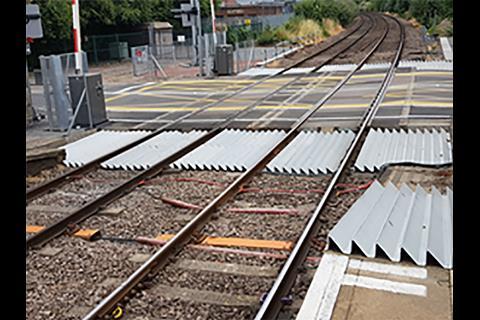 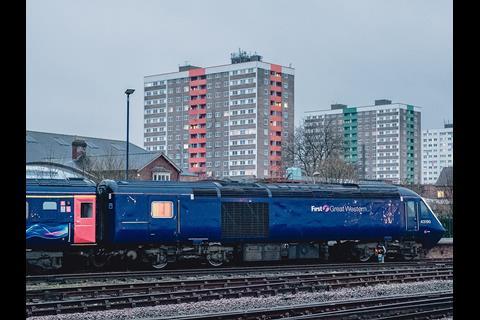 The initial report of the Rail Industry Decarbonisation Task Force led by former Angel Trains Chief Executive Malcolm Brown was published on January 31. The report suggests it would be possible to replace diesel for passenger trains, but ‘only diesel offers the power and go anywhere flexibility for freight to operate on one of the world’s most crowded networks.’ A final report in late spring will outline a strategy, economic appraisal and a road map of options for meeting carbon reduction targets.

Teignbridge District Council is to begin consultation on plans developed by Network Rail and Arup for the construction of a higher sea wall at Dawlish. 'From blank page studies that looked at all options we’ve identified this as the most feasible rail route for Devon and Cornwall and there are areas that specifically need our attention', said NR's Western route managing director Mark Langman. 'Improving the resilience of the sea wall at Dawlish is one of the most immediate and easiest areas we can begin work on'.

TransPennine Express says it is the first UK train operator to offer WhatsApp as a customer service channel. ‘Many will already be familiar with this popular channel and this will allow us to connect with our customers whenever they need their questions answering‘, said Customer Experience Director Kathryn O’Brien.

Translink has begun market engagement ahead of appointing a consultant to advise on the procurement of ballast cleaning machinery to support the rehabilitation of its 300 km network over 20 years.

Hull Trains has taken delivery of an ex-GWR HST set which will be used to address issue with the reliability of its Class 180 fleet pending the arrival of the open access operator‘s new Hitachi Class 802 trainsets in December.

The Alzheimer’s Society is to work with London Northwestern Railway and West Midlands Railway to make stations and trains more dementia friendly and to train frontline staff in best practice for helping people with the condition.

East Midlands Trains is seeking to recruit six apprentices to join the fleet engineering team at its Derby, Nottingham and Leeds depots. The apprentices would be taught ‘in-depth’ electrical and mechanical engineering and gain practical experience.

With support from Frazer-Nash, Hitachi Information Control Systems Europe has undertaken a study for Network Rail looking at options to use ETCS Level 2 to reduce the number of civil engineering works needed to increase capacity on the trans-Pennine route. 'Our novel whole-systems approach, rather than simply overlay ETCS onto the existing layout, modelled a layout from scratch that would ensure the control system could perform to its optimum ability', said Frazer-Nash Senior Consultant Karl King. 'We created a new design tool that optimised the block section lengths for ETCS Level 2 designs for plain line, junctions and station platforms.’

Free wi-fi is now available in first and standard class on all LNER services.

Prime Rail Solutions and HR Kilns have obtained Network Rail product acceptance for the 2800 mm long version of its GRP anti-trespass panels, which can be lifted by two people without needing mechanical equipment

Design and engineering company BakerHicks has been awarded a framework contract for depot modification and upgrading works at Govia Thameslink Railway and Southeastern. ‘Responsibility for managing and maintaining railway infrastructure is increasingly shifting to the Train Operating Companies, and it’s a key element of BakerHicks’ strategy to work more closely with forward-thinking companies like The Go-Ahead Group’, said BakerHicks director for Rail James Howles.

Barnet Council has launched a procurement competition seeking companies to design and build the planned £40m Brent Cross West station on the Thameslink route. Opening is planned for May 2022.

Contactless and Oyster payment will be accepted by Heathrow Express from February 19. Users will be charges a Peak or Off-Peak Express Single fare of £25 or £22, so other ticketing options will often be cheaper.