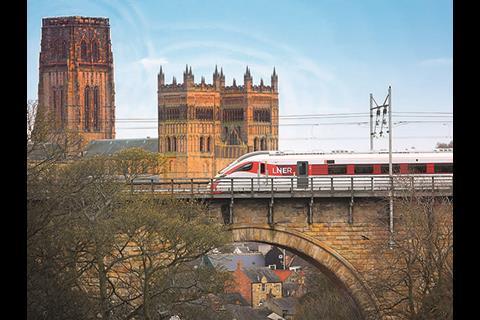 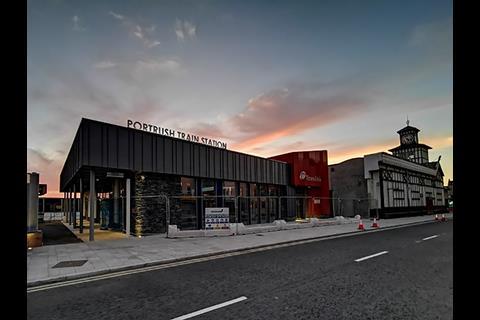 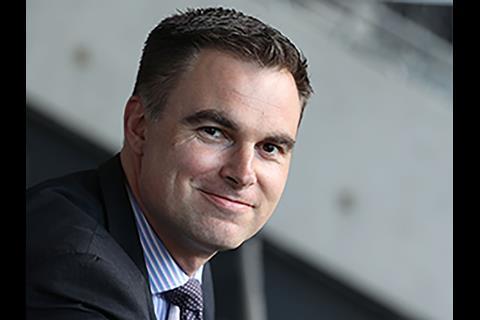 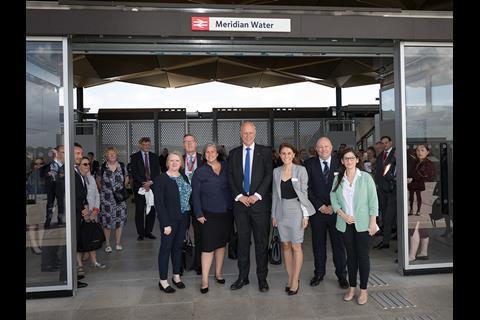 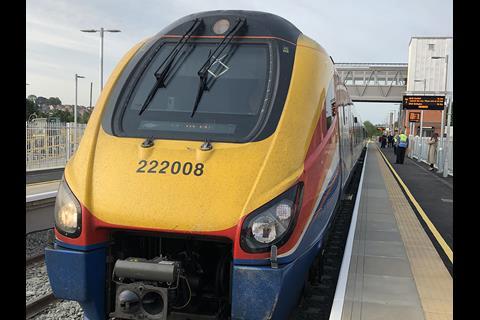 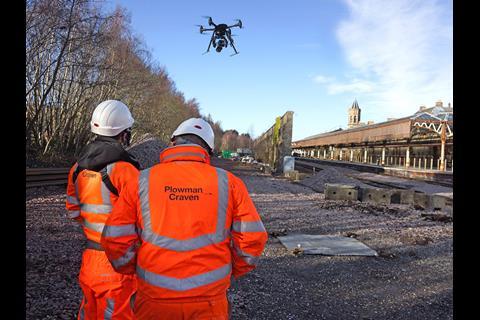 Dutch company Sqills is to supply its S3 Passenger software as a service platform to manage all seat reservation functions for the Rail Delivery Group from next year. This will cover 21 train operators in Great Britain, who would also be able to connect their inventories with other S3 Passenger operators including Iarnród Éireann, SNCF and Thalys

Network Rail has appointed BAM Nuttall as main contractor for construction of the £14·5m Kintore station, which is being funded by Transport Scotland, Aberdeenshire Council and Nestrans. Opening is planned for May 2020, with all Aberdeen – Inverness trains expected to call at the station.

A £5·6m modernisation of Portrush station has been completed by contractor Graham in advance of the 148th Open which is to be held at Royal Portrush Golf Club in July. Funding came from Northern Ireland’s Department for Communities (£4·7m) and Department for Infrastructure (£900k+) as part of a wider £17m Portrush Regeneration Programme.

Merseyrail ticket offices have stopped automatically printing receipts, in a move which the operator says could save up to 600 km of paper each year. Ticket vending machines will still provide receipts and staff will issue them on request.

Following a six-day closure, Network Rail has completed a project to realign 4 km of track and the station platforms at Market Harborough to increase speeds. An accessible footbridge has also been opened at the station.

The Rail Accident Investigation Branch has released its report into a near-miss between a train and a track worker at Peterborough on July 20 2018. Five recommendations addressed to Network Rail relate rules for site lookouts; investigating the unofficial use of flag signals by lookouts to communicate; clarifying to track workers the actions they should take when more than one group wants to work with lookouts in the same place; continuing work to reduce the use of lookouts for cyclic maintenance tasks; and reducing the number of cyclic maintenance tasks undertaken using lookouts. Three learning points cover the use of train horns; briefing of lookouts on where to stand; and staff not becoming distracted.

ScotRail is to deploy Perpetuum’s bearing and wheel condition monitoring equipment on the 34 Class 170 DMUs which it leases from Porterbrook. The equipment is already fitted to Class 334 EMUs.

Network Rail has awarded Plowman Craven a framework contract for the use of unmanned aerial vehicles for infrastructure inspection and surveying. ‘We have already carried out a significant amount of work for clients and contractors using our state-of-the-art Vogel R3D system’, said the company’s Technical Director David Norris. ‘Being a main framework holder will enable us to accelerate the provision of these services and help Network Rail solve some of the many challenges across its network.'

South Yorkshire TravelMaster smart tickets will go completely digital from June 30, when ticket vending machines will stop issuing paper counterparts for tickets valid on trains. Inspectors will use smartphones to check the validity of a ticket on a passenger’s smart card. 'The withdrawal of paper counterparts is a huge milestone for us as we continue to innovate for the region’s transport users’, said TravelMaster General Manager Matt Smallwood. 'Thanks to the recent introduction of our e-commerce platform, and the enhancements we have planned for it, it has never been easier to access what is now a truly smart range of flexible ticketing products'.