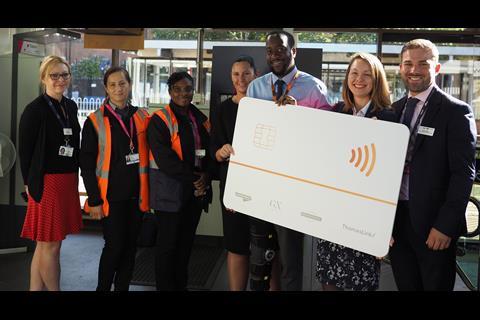 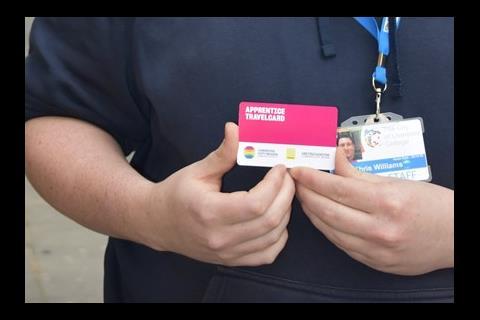 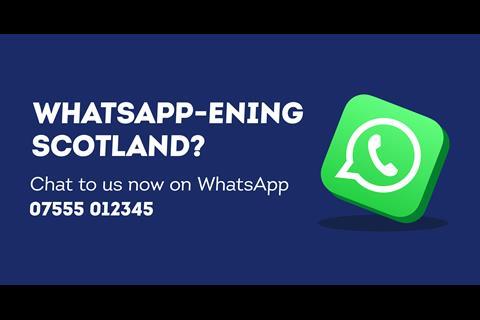 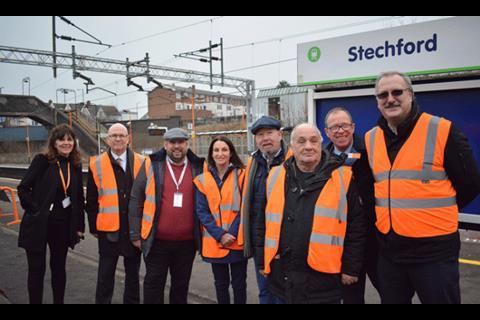 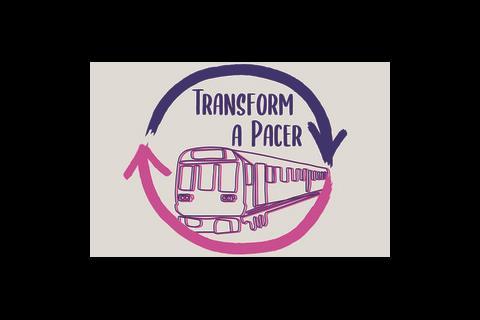 From September 2 people in apprenticeships aged between 19-24 and living in Halton, Knowsley, Liverpool, St Helens, Sefton and Wirral can apply for Apprentice Travelcards, enabling them to purchase weekly and monthly Railpass season tickets at 50% discount from all Merseyrail and staffed Northern stations. Application packs are available from training providers, further education colleges and at Merseytravel Travel Centres.

Story Contracting and Network Rail have opened three-span footbridge and lifts providing step-free access to all platforms at Kilwinning station. The £4m project included upgrades to the CCTV system, information boards and lighting, as well as resurfacing of the car park.

Contractor Graham has started work on a £400 000 project to replace the footbridge at City Hospital station in Belfast. ‘This is an important project, intended to enhance the passenger experience at City Hospital halt, one of the busiest on the NI Railways network’, said Translink Project Manager Helen Halliday.

LNER is to introduce four weekday return services between Lincoln and London King’s Cross from October 21, operated using Hitachi Azuma trainsets. These will be addition to the current daily service operated using a HST, which will be replaced by an Azuma later in the year. A sixth weekday service will be introduced with the December timetable change.

On September 9 Northern expects to introduce CAF Class 331 EMUs on the routes from Leeds to Bradford, Skipton and Ilkley, and between Blackpool North and Liverpool Lime Street.

ScotRail passengers can now get in touch with the operator using the WhatsApp messaging service. ‘We are always looking for new and innovative ways to speak with customers, which is why we are so excited to launch WhatsApp‘, said ScotRail’s Head of Customer Operations, Phil Campbell. The WhatsApp service forms part of a £4m remedial agreement with Transport Scotland following a period of poor performance.

The West Midlands Station Alliance of West Midlands Railway, the West Midlands Rail Executive and Network Rail has selected 17 stations or pairs of stations to pilot efforts to make stations into ‘community hubs’ with retail and other facilities as well as more shelters, safer crossings, easier access, improved toilets and waiting rooms, benches and bins. ‘Our stations are at the heart of the communities they serve, and yet many have been under used’, said Councillor Mark Winnington, Chair of the West Midlands Rail Executive. ’Through the Alliance we will look to transform our stations into more welcoming places, not just for the thousands of commuters who use them each day but for the wider communities they serve. If we can also offer facilities to shops and businesses or groups, this will help to create jobs.’

The Department for Transport’s ‘Transform a Pacer’ competition to suggest new users for three redundant Pacer DMUs owned by Porterbrook is to be judged by record producer Pete Waterman, enthusiast and broadcaster Tim Dunn, Porterbook CEO Mary Grant, Jools Townsend of the Association of Community Rail Partnerships, and MP for Copeland Trudy Harrison.