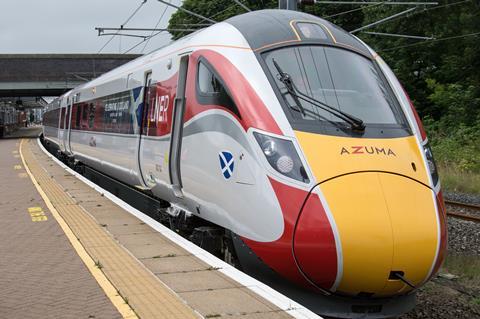 LNER has announced ‘the first major change’ to its Hitachi Azuma fleet, with additional floor mounted racks for large items of luggage to replace some non-reservable seats on the nine-car trainsets in the new year. ‘We’re pleased to be able to respond to customer feedback by increasing the space available for luggage onboard our longer distance services where customers typically travel with more luggage’, said Managing Director David Horne. 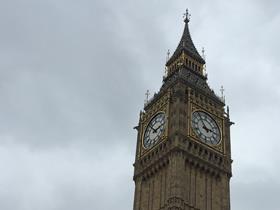 Following the publication of the main parties’ general election manifestos, Darren Caplan, Chief Executive of the Railway Industry Association, said ‘it is really encouraging to see a commitment to rail electrification’, which ‘shows there is now considerable and widespread support for electrification, which will be essential if we are to decarbonise rail by 2040.‘ RIA would ‘look forward to working with whoever enters government after December 12‘. 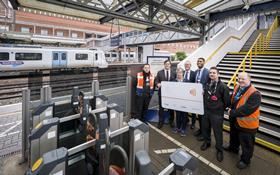 RAIB has released a safety digest into an incident when a door was open in traffic between Shenfield and Hockley stations on August 22. It said the incident demonstrates that the continued safe operation of train doors is reliant on there being a robust design and suitable inspection and maintenance processes, and highlights the importance of specifying fastenings suitable for the environment and materials in which they are used; providing a means of identifying if fastenings with a safety critical function have worked loose; and implementing effective inspection and remedial actions when a safety critical defect is identified. 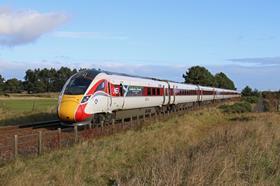 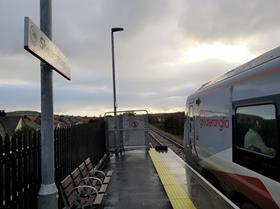 Greater Anglia has completed a £1m upgrade of Sheringham station. This included construction of an 80 m long platform, wider and double the length of a ‘temporary’ platform installed in 1967. There is also improved lighting and a new shelter 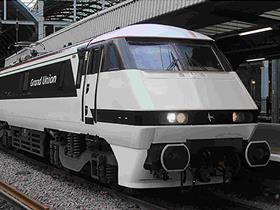 An application for rights to operate a Stirling – London Euston open access service has been submitted to the Office of Rail & Road by Grand Union. The proposed service would run four times a day from May 2021, calling at Larbert, Greenfaulds, Whifflet, Motherwell, Lockerbie, Carlisle, Preston, Crewe, Nuneaton and Milton Keynes. Grand Union would use Class 91 locomotives with up to nine MkIV coaches and a driving van trailer. 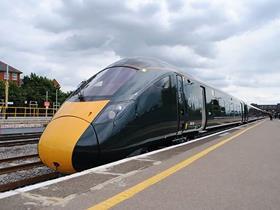 Following Oxford Bus Co’s announcement that it will withdraw its X90 Oxford – London coach service from January 4, Great Western Railway is offering existing season ticket holders for the service a free, seven-day standard class off-peak trial of its Oxford to London Paddington service. ‘We appreciate customers of the X90 service will now be looking at alternative travel arrangements and welcome them to take up this offer of a free trial‘, said GWR sales and marketing director Phil Delaney.