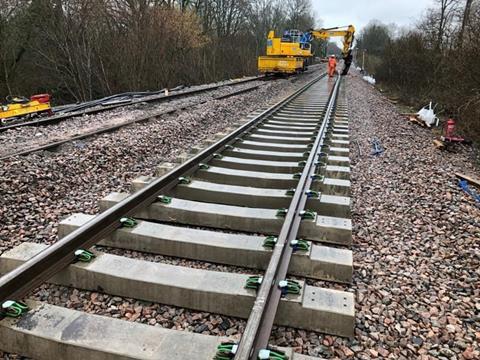 The railway between Edenbridge and Tonbridge reopened on March 16 after Network Rail and contractor BAM Nuttall completed work to repair a landslip on a 30 m section of embankment around the River Eden which had closed the line from December 22. A further 400 m of railway has been shored up to prevent further problems.

South Western Railway has offered drivers a four-year pay deal which it said ‘recognises that our driver salaries were low compared to those offered by other London operators, and which includes a number of productivity initiatives.’ 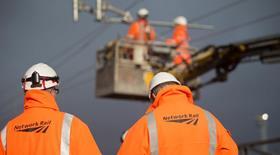 Network Rail has awarded Atos a £12m four-year contract to design, supply and manage a digital private cloud platform and migrate all applications from its legacy data centres. Atos said this would provide ‘a highly secure, robust and cost-effective digital foundation for Network Rail’s business while ensuring agility in a technologically converged environment.’ 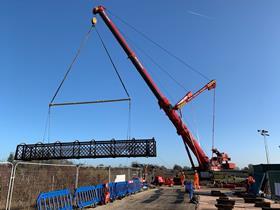 Dyer & Butler has completed the replacement of a footbridge spanning two tracks at Cobham, between Sole Street and Rochester. A section of the former footbridge has been relocated to a Dyer & Butler maintenance yard and will be used to train staff on refurbishment methods and structural interventions, using modern materials to extend the life of historic infrastructure. 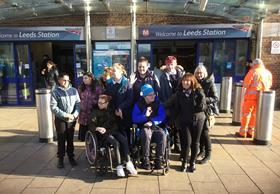 Pupils from Broomfield School with a range of learning difficulties and additional needs have been taking part in educational sessions at Leeds station. Network Rail staff familiarised the students with being at the station, showed them how the ticket machines work and took them in a lift to the footbridge where they could watch the trains. Some students also travelled by train to Cross Gates. ‘They learnt about how to buy a ticket, and had fun operating the touch screens and watching the trains from the footbridge’, said teacher Ruth Sarsfield. 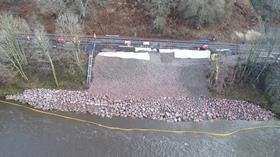 Services between Kilmarnock and Dumfries resumed on March 16 after Network Rail completed repairs to an embankment damaged by flooding during Storm Ciara in February. Examination of the landslip by specialist engineers confirmed that 1 700 tonnes of debris had slipped from beneath the railway, demolishing a retaining wall and spilling into the River Nith. Repairs required 6 000 tonnes of stone. 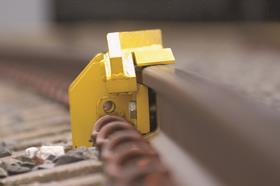 Zonegreen is equipping Greater Anglia’s Norwich Crown Point depot with the latest version of its Depot Personnel Protection System as part of a £40m upgrade. 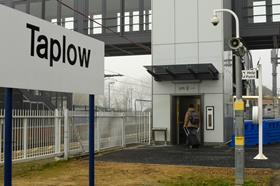 Step-free access from street to platforms is now available at Hanwell, Iver, Langley and Taplow stations, as part of a programme of accessibility improvements across the TfL Rail network in preparation for Elizabeth Line services. Other enhancements include accessible ticket office windows, accessible toilets and passenger information screens. 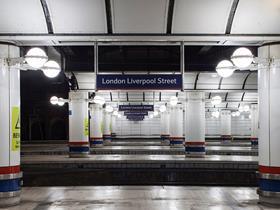 Greater Anglia is to retain on-train catering on its Norwich – London inter-city services on Sundays, with the provision of an at-seat trolley service. The operator had announced in December that it would no longer provide catering on some early morning inter-city services on Monday to Saturdays and all day on Sundays. Owing to ‘very low demand’, catering services will still be discontinued on the early morning trains. 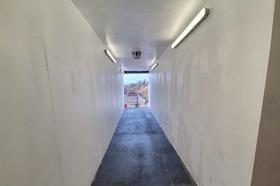 Northern’s Moorside station partially reopened on March 16, four weeks after a ‘massive’ fire caused it to close. Northern and Network Rail have used scaffolding to create a ‘tunnel’ lined with painted boards and fitted with anti-slip flooring allowing passenger to use the station. ‘The arson attack last month, which is still being investigated by British Transport Police, was devastating and has caused significant upheaval for our customers who rely on Moorside station’, said Chris Jackson, Regional Director at Northern. ‘The temporary structure will stay in place while work goes on behind the scenes to repair the extensive damage’.