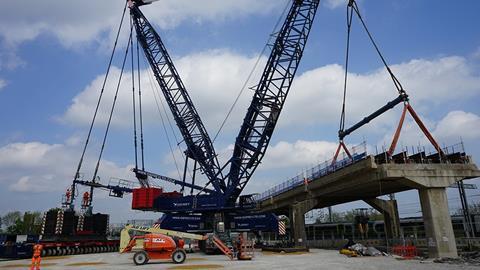 Work has begun to remove 14 of the 37 spans of the Bletchley Flyover across the West Coast Main Line which need to be rebuilt to modern standards for the East West Rail project. Preparatory removal of lineside equipment and overhead electric lines has been taking place for a year. The 295 tonne Span 17 was removed on April 22, with others to be removed during line closures over weekends in May. 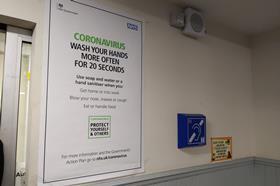 On May 4 the ASLEF, RMT and TSSA unions wrote a joint letter to the Prime Minister, first ministers of Scotland and Wales and the Mayor of London, expressing ‘deep concerns over apparent plans to increase the levels of service on our rail network, without due consideration to both the mixed messages this sends, and the range of measures needed to protect rail workers and the travelling public’. 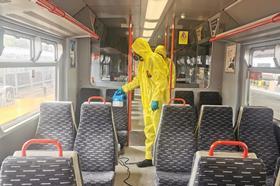 Greater Anglia has acquired two ‘fogging guns’ for spraying and sanitising large areas when cleaning trains, with three more on order. The operator said they were a good way to quickly and efficiently clean areas which are difficult to reach, and can be used at any depot, station or stabling point as well as in waiting rooms, offices, mess rooms or other buildings. 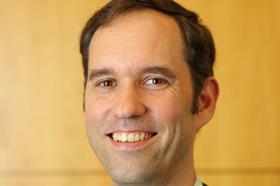 Dr Daniel Woodland, Head of Command, Control & Signalling at Ricardo Rail UK, became the 96th President of the Institution of Railway Signal Engineers on April 23, taking over from George Clark, Director of Engineering at Transport for London. ‘I joined the IRSE as a Student member in 1995 and since then the Institution has played a significant role in developing my knowledge and competence in railway signalling and control’, said Woodland. Ian Bridges, Professional Head of Signalling & Engineering Director at Balfour Beatty, is Vice-President, and Andy Knight, Managing Director of Signet Solutions, is Junior Vice-President. 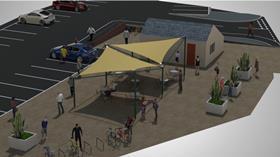 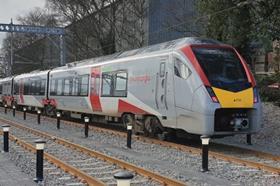 Breckland Council has confirmed that Greater Anglia’s £1m plan to redevelop Brandon station including the demolition of buildings is lawful under permitted development regulations. Plans include installation of more comfortable, attractive, and vandal resistant waiting shelters, additional lighting and CCTV, improved drainage and more car parking spaces, as well as a bat roost. ‘While we are sympathetic to the views of some who would like to see the old station buildings retained, no-one has ever come forward with a credible business plan’, said Director for Asset Management Simone Bailey. 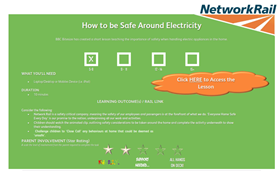 Network Rail has created a pack of science, technology, engineering & mathematics learning resources and activities to help parents with home schooling. Originally created with employees in mind, the material has been modified to help keep children aged 5 to 16 educated and occupied and encourage interest in STEM subjects. The pack will be updated each week with new material.