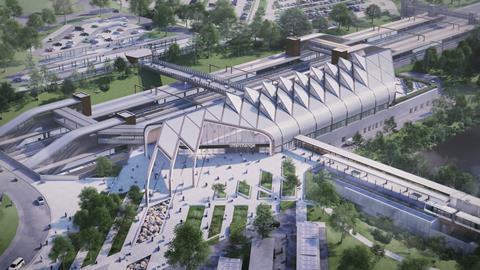 Solihull Metropolitan Borough Council has granted planning approval for the HS2 Interchange station, surrounding public realm and a 2·3 km automated peoplemover link to the NEC, Birmingham International station and airport. HS2’s design consultants Arup worked with landscape architects Churchman Thornhill Finch to develop the design ‘which celebrates the local context and biodiversity of its native landscape associated with the Forest of Arden’ and is intended to ‘capture the essence of the Warwickshire landscape of small fields, enclosed by hawthorn hedges punctuated by oak trees.’ Construction is planned to start in 2024. 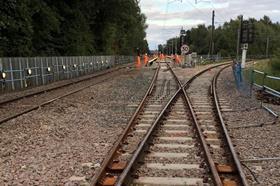 Network Rail and VolkerFitzpatrick completed the final section of infrastructure works on the £29m upgrade of the King’s Lynn – Cambridge line over the August bank holiday weekend. The 11-month project funded by the Department for Transport included a new stabling siding outside King’s Lynn station, and lengthened platforms at Littleport and Waterbeach to accommodate eight-car trains from December. Measures associated with the pandemic increased the cost by £1·7m. 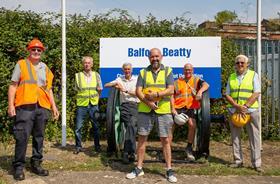 Network Rail contractor Balfour Beatty has begun work to demolish the old Chart Leacon depot in Ashford which has been empty since it closed in 2014. This will create space for five sidings which will be used for stabling and light maintenance. ‘Before Covid-19 we were running more trains than ever before and one of the aspects we are really short of in Kent and southeast London is places to keep them and look after them when they’re not running’, said Network Rail Southern Region’s Investment Director Paul Harwood on August 28. ‘By purchasing the whole site at Chart Leacon, as well as building five new sidings, we’re not only helping run a more reliable railway for today, but safeguarding the site for future railway use.’ 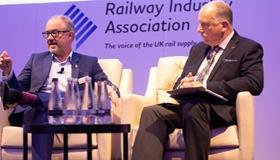 The Railway Industry Association’s annual conference will be held online from November 4-6 November, addressing the theme of How UK Rail will reboot the economy. ‘With coronavirus having such a significant impact in 2020, the railway industry is one of the UK’s economic sectors which can play a vital role in rebooting the economy, ensuring we have a world-class rail system both now – providing the connectivity the country needs as it gets back to work – and in the future’, said RIA Chief Executive Darren Caplan. 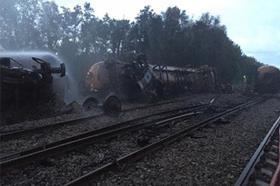 The Rail Accident Investigation Branch is investigating an incident which occurred at about 23.15 on August 26 when freight train 6A11, the 21.52 from Robeston to Theale conveying 25 tank wagons each containing up to 75·5 tonnes of diesel or gas oil, derailed on the Up District line near Llangennech in Carmarthenshire. This resulted in a significant spillage of fuel and a major fire. The driver, who was unhurt, reported the accident to the signaller. Examination revealed that 10 wagons, positioned 3rd to 12th in the train, had derailed. 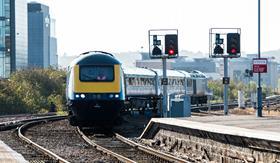 ScotRail introduced a shuttle service between Aberdeen and Stonehaven on August 31, with some services extended to start or terminate at Inverurie or Dyce. A replacement bus service remains in place between Dundee and Stonehaven. A timescale for the full return of train services following the August 12 derailment near Carmont is not yet known, the operator said on August 31. 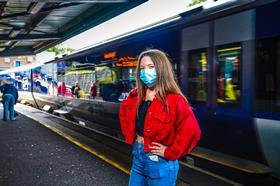 Translink has worked with the Northern Ireland Education Authority and Translink Youth Forum to launch a short film to help young people stay safe on public transport as they return to school. ‘Let’s Go Safely Back to School’ is available to watch on Translink’s social media channels and includes advice such as respecting everyone’s journey, using touch-free ticketing, wearing a face covering and washing or sanitising hands frequently. 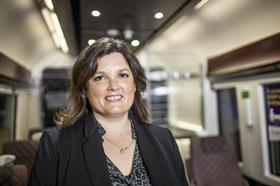 Sophie Chapman has been appointed as Director of Heathrow Express, succeeding Les Freer. She worked for Eurostar and Govia before joining Heathrow Express as Head of Customer Service in 2018, later becoming Head of Operations and then Head of Train Services.