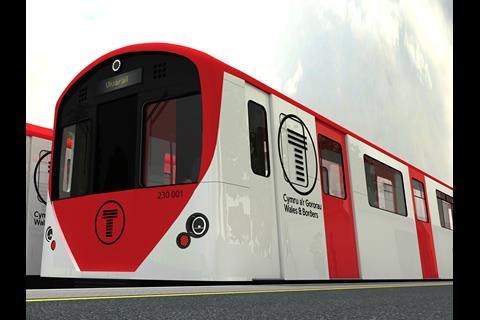 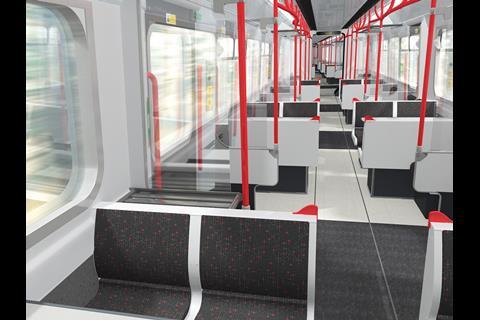 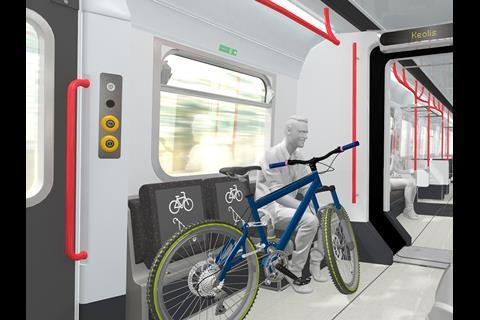 Intended for use on the Wrexham – Bidston, Conwy Valley and Chester – Crewe routes, the units are scheduled to be delivered in early 2019 for testing ahead of entry into service from mid-2019.

The future operator’s Mobilisation Director Colin Lea said the Class 230 DMUs would provide ‘a step-change in passenger comfort and service quality’ on the routes. They will have power supplies at all seats, wi-fi, air-cooling, bicycle spaces and an accessible toilet supplied by Welsh manufacturer Precision Custom Composites. GPS location data will be used to switch off the diesel engines in stations and environmentally-sensitive areas.

The livery has been designed by Creactive.

‘We know that KeolisAmey want to bring the best new trains to their passengers so our interior layout has been designed to do exactly that’, said Vivarail CEO Adrian Shooter on June 7. ‘There will be a range of seating layouts and plenty of space for bikes and luggage. With KeolisAmey we have been determined to give passengers the very best travelling experience and the trains they deserve: modern, comfortable, reliable and environmentally-friendly.’

In March Vivarail announced an agreement to supply three two-car Class 230 D-Train diesel-electric multiple-units to West Midlands Trains for operation on the Marston Vale Line between Bedford and Bletchley from December.